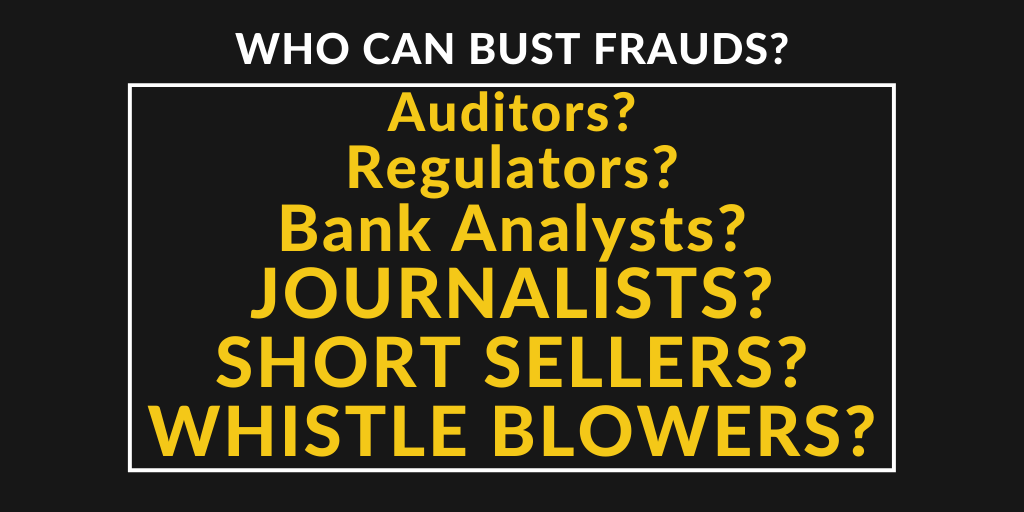 Introductory note: One of the most interesting developments in 2021 was a surge in focus on short selling, which was often accompanied by many misconceptions about this market practice. In this guest post, Dr. Pascal Ströing, founder of MetaShort, provides arguments for the need of short selling and analyses different views towards the practice in U.S., Europe and Germany. Breakout Point thanks Pascal and MetaShort for this very insightful guest post. Disclaimer: The following guest post does not necessarily reflect the views of Breakout Point, our full disclaimer is available here.

The core functionality of equity markets and their rules, regulation and oversight in different jurisdictions is very similar. Public securities markets in North America, Europe, Japan and other developed regions converged into highly comparable frameworks for investments and securities transactions. The reason for this is that issuers of securities seek to attract foreign capital, and, on the other hand, investors looking for chances and diversification abroad. In other words, despite the differences in macroeconomic metrics, political systems and views, regional cultures, labor laws, and other factors, investors can analyse, evaluate and trade shares and options of General Motors, Volkswagen and Toyota in very similar ways. Investors can to a certain degree rely on political stability, the companies’ independence, the functioning of the exchanges and regulatory bodies, as well as that counterparties will fulfil their obligations.

For about six years I was engaged as a consulting expert for market risk and securities fraud for a Big Four auditor and a Londoner boutique firm. What I found fascinating when studying high profile cases of fraud on the market, like at Enron or Wirecard, is how the discovery of a fraud happens as a lengthy process of investigative publications and slowly changing social convictions rather than by an auditor or regulator’s timely warning.

Public perceptions are not the result of proper reasoning. Even when observing science, influential philosophers like Thomas Kuhn or Paul Feyerabend advocate for understanding a current perception, a “paradigm”, as a particularly stable pillar of shared opinion in comparison to alternative views. Next to social and cultural factors, reason is only one aspect on which such paradigmatic views are based. This shows that even groups of sophisticated experts need to be convinced of novel views with more than just reason. Similar to attacking a current paradigm, it is hard to establish a new business, but also to publicise wrongdoings of an established business. Fraudsters seem to be aware of this and, therefore, often spend an overly great amount of resources in promoting their brand and company to make sure they are perceived as—to stay in the picture—the current paradigm.

Who has most incentive to bust frauds?

Despite regulatory authorities and external auditors in the securities markets, companies still manage to enrich themselves unfairly and sometimes on a great scale—at least up to a point where their story might break and a fraud is discovered.

One crucially important aspect of functioning markets is the mechanisms to detect and fight misuse. And here is where large cultural and functional differences come in when comparing different jurisdictions. The U.S., for instance, provides an efficient legal framework for the “aftermarket” treatment when auditors and regulators failed to prevent the fraud at a sufficiently early stage. In class action lawsuits, investors claim compensation for occurred damages. According to a Stanford University study an average of 362 class action lawsuits were brought per year between 2016 and 2020. A similar scheme is not established to that extent in the EU. A cautionary example might be the IPO of Germany’s Deutsche Telekom AG, Europe's largest telecommunication provider by revenue. Investors sued the company for the overpriced issuance of shares in 2000, but the court hasn’t finally come to a conclusion, nor has the case been settled as of today, 2021, more than twenty years later.

The even more important difference in treating market abuse is the regional sentiment towards short sellers. Many people seem to understand activist short selling as an unethical practice. Betting on a declining share price and then publishing the rationale behind the decision is intuitively seen as an act of sinister destruction. This is a misinterpretation of the fundamental mechanics of securities markets, which are designed to serve as intermediate between buyers and sellers who often came to different risk/reward conclusions after analysing an asset. Every economist knows that the asset price in a liquid market is found by bullish and bearish traders placing their offers. Short sellers can also be passive, which means they short a stock, betting on a price decline without publishing their rationale in their own name.

The financial incentives of short selling allow market agents to profit from convincing investigative work. Regulations and laws apply to short sellers in the same way as they apply to other market participants. “Short and distort” strategies are similarly unjustified than “pump and dump” schemes. Every position in the market—long, short, leveraged—can be part of an abusive scheme, but a short position and investigative publication is, in general, an important method of functioning markets and must be separated from any market abuse that can but does not have to come with it.

Grasping the role of short sellers seems to be a quite advanced lesson in a lecture series on financial markets. And here the cultural differences come in. Yes, securities markets are in many regards like a betting shop, and that is not necessarily a bad thing. Different participants enter the market with different background knowledge, interpretations and estimates of the odds of outcome. Betting and Gambling have a very different standing in different countries. In London, sports betting shops are omnipresent. Las Vegas, Atlantic City and Macau are major tourist destinations for their casinos. In Germany, in contrast, betting games and gambling are mostly seen as shady business and fruitless pastime.—This, at least, is my perception when growing up in Germany and moving to London. Again, betting and gambling is also about having differing estimates about the odds of outcome, which can be a reason-based and skilful practice in sports betting, poker, and many other fields, including financial markets.

But what about the auditors, rating agencies, banking analysts and regulators whose job it is to evaluate default risks and uncover wrong or misleading financial reporting? A Parliament’s committee just concluded shortcomings by regulators and auditors in the Wirecard case. The following chart plots Wirecard’s share price, the analyst estimates and warning publications by activists short-sellers and journalists.

Audit companies, often sell consulting services to the same list of companies they audit. Sometimes, audit firm managers can find well-paying jobs in said companies later in their career. Cooling-in/off periods of up to a few years prevent the immediate rotation of service contracts and employees but—in my view—the setup implies the incentive to leave an audit mandate with a pleased customer management and a consulting-friendly market reputation. This might explain how Enron, Lehman Brothers, Steinhoff or Wirecard’s financial statements passed the audit regularly right before major revelations lead to a rapid and dramatic decline of equity value.

Banking analysts publish detailed reports about listed companies. But the bank’s investment banking units earn their profits by helping companies to place their financing requests in the form of share issuances or bonds. That is why the analysts also aren’t fully incentivised to uncover wrongdoing. What and how to report about a listed company is often a management decision balancing potential reputation damages with profits in other business lines.

The regulatory agencies have the power to order a special audit. However, we have seen recent insider trading allegations and/or scandals at the BaFin in Germany and the Federal Reserve in the U.S. that question these agencies’ capability to sufficiently function in their challenging and important role. To describe this situation more vividly, insider trading at a financial market’s regulator is like a traffic policeman driving drunk and too fast—a scenario where people breach the very rules that they should prevent from being breached as a core function of their duties.

Participants in the market of information and financial securities who really move the needle first on a potential fraud are whistle blowers, private activists, and journalists. All what has been written above has to be taken into consideration when evaluating their role, including short-selling activists. Positioning yourself in opposition to a large corporation, the overseeing service industry, or even a regulatory agency only works with sufficient incentives. For exactly this reason, the SEC pays awards to whistle blowers. Many people learn early in their professional career that causing problems for someone much more powerful is very dangerous. It can be a long and tiring fight. With some similarities to Kuhn’s paradigms in science, the professional perception about a company must be moved in a process and does not immediately change by 180 degrees due to a hitting investigative analysis or a whistle blower’s revelation.

Now contrast this situation with different levels of tradition, competence, and competitiveness in different jurisdictions. Deutsche Bank’s Jan Schildbach published a research note in which he describes BaFin’s particular weaknesses, among which he mentions the lack of some specific economic competence and their headquarters being located in Bonn, far away from any regional financial services hub. This situation, paired with the cultural view on betting games and financial markets in Germany, gives short sellers an even more important role in the regional securities market. Interestingly and seemingly fitting this post's topic, Deutsche Bank scrapped aforementioned research note.

However, I am not aware of any activist short seller incorporated in Germany. If you go through the list of reported short positions on European and German stocks—e.g., by Breakout Point’s European Shorts reporting—you find a long list of investment funds from the U.K., the U.S., and other countries, but rarely any or no German name at all. This finding corroborates Schildbach’s analyses of a lack in competitiveness of the German financial industry, which should embrace healthy short selling more as legitimate part of functioning financial markets.

About the author of this guest post: MetaShort is an expert service by Dr. Pascal Ströing. Pascal serves as an economic investigator for active investors and lawyers. He worked on high-profile cases in different jurisdictions, and the result of his work made Bloomberg headlines before. Earlier, he served for a Big Four banking risk unit in consulting and audit roles. His academic background is in math and philosophy at the LMU Munich.