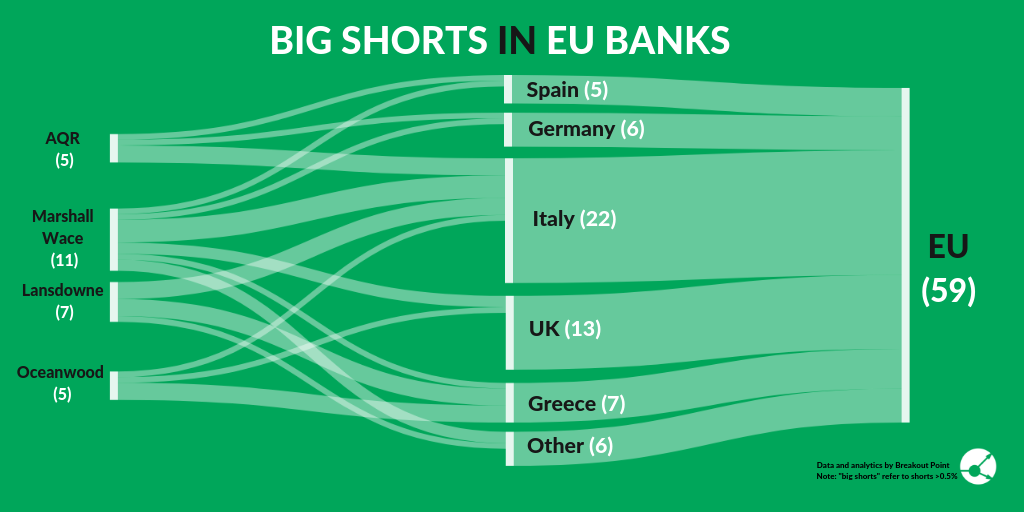 We count 59 big shorts (shorts >0.5%) in EU banks in our records, with 22 of them targeting Italian banks. However, in terms of % short the most shorted bank is not an Italian bank, but an UK bank.* 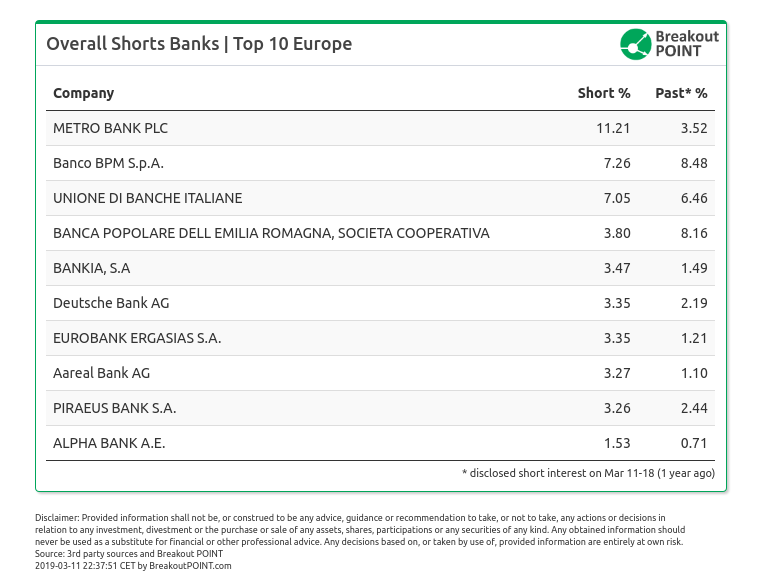 Marshall Wace has recently been decreasing shorts in Deutsche Bank (down from 1.9% in Jan) and Banco BPM (down from 4.32% in Oct'18), while increasing Metro Bank, UBI Banca and Credito Valtellinese shorts. Overall Marshall Wace remains by far the most active short seller with close to 180 big shorts in our EU records. 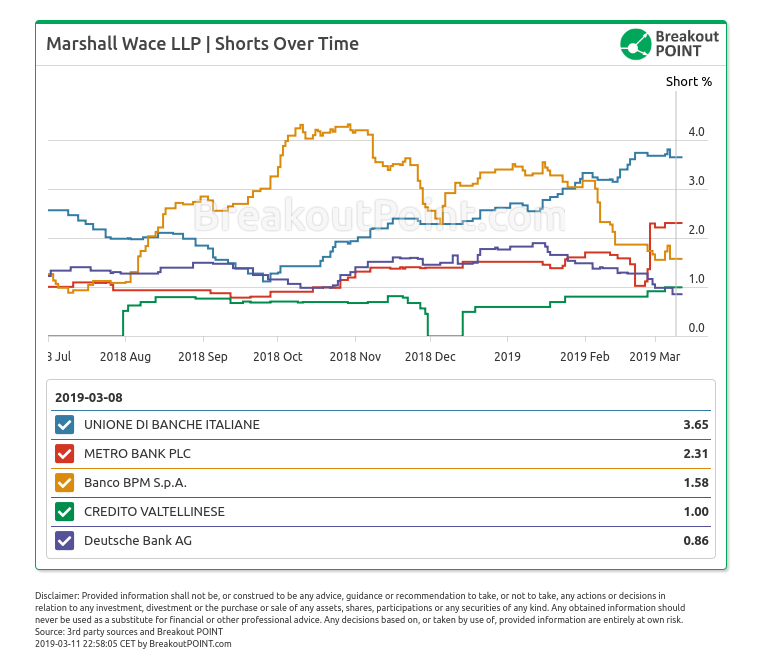 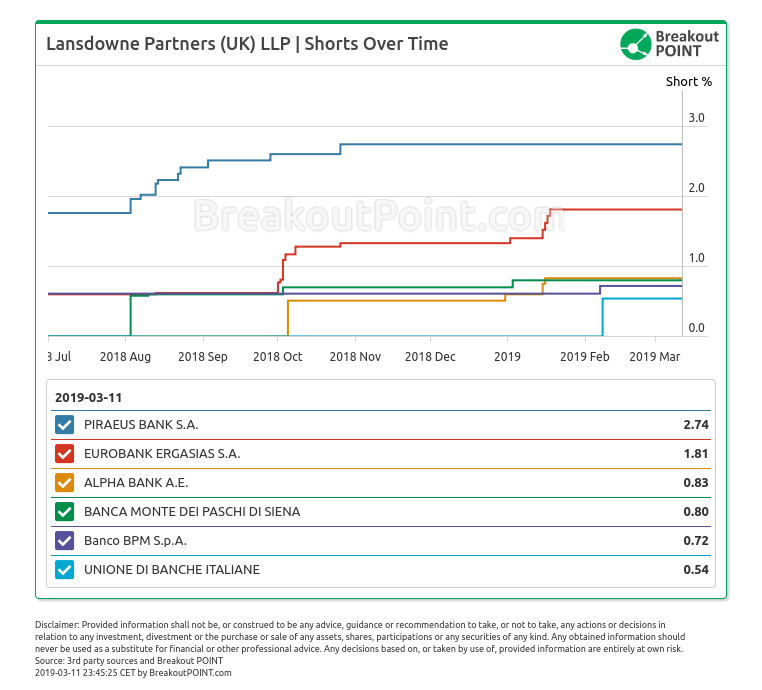 Another very notable HF when it comes to EU Banks shorts is Oceanwood Capital. According to our records, they have a very rare concentration of short positions in EU banks and lenders. Out of eight big shorts they currently hold in EU, seven are bets against EU banks and lenders. The only exception is a short in Spanish construction firm, Sacyr. Oceanwood is in particular active in their short bets against Greek banks and they have increased the best against Alpha Bank, Eurobank Ergasis and National Bank of Greece many times this year. 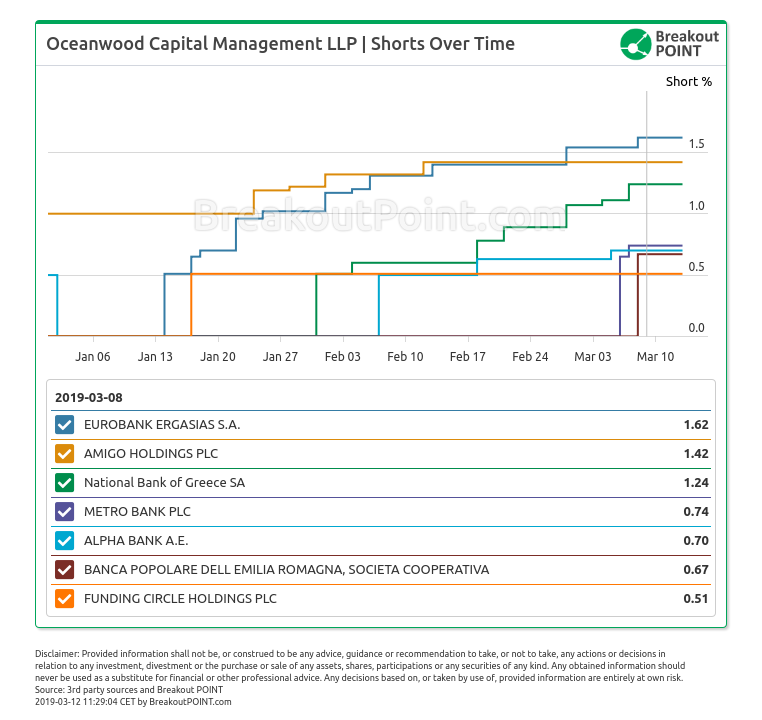 * Note: Presented short selling data is based on European net short position data which is disclosed to the public when short positions at least equal to 0.5% of company issued share capital. Presented data and analytics is as of available on 2019-03-11.