Who is building a (short) Air France-KLM stake? 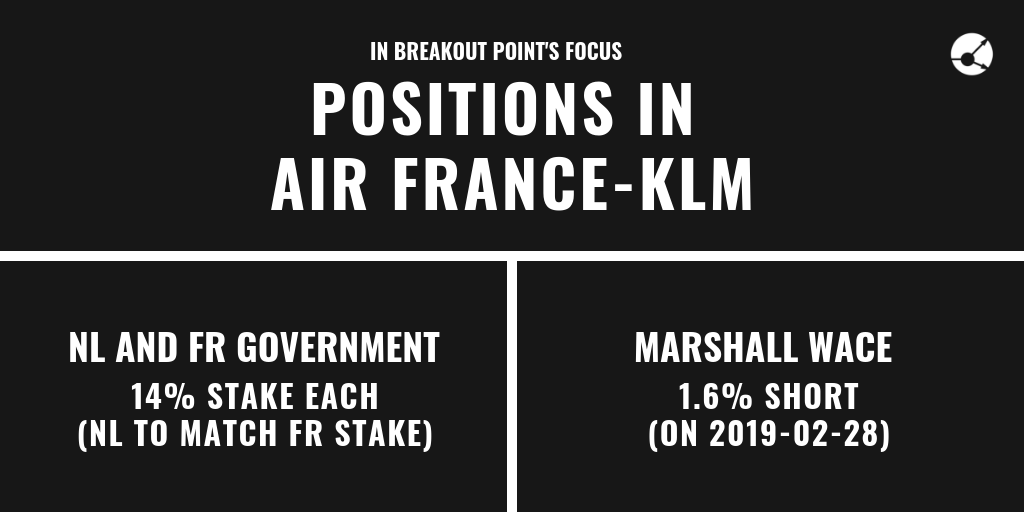 Last week on Tuesday, it became known that Dutch government has built a stake in Air France-KLM and that it intends to match a 14% stake held by the French state (refs. FT: "Netherlands builds Air France-KLM stake to ‘protect’ interests" and "Air France-KLM row shows new-found Dutch taste for French statism"). 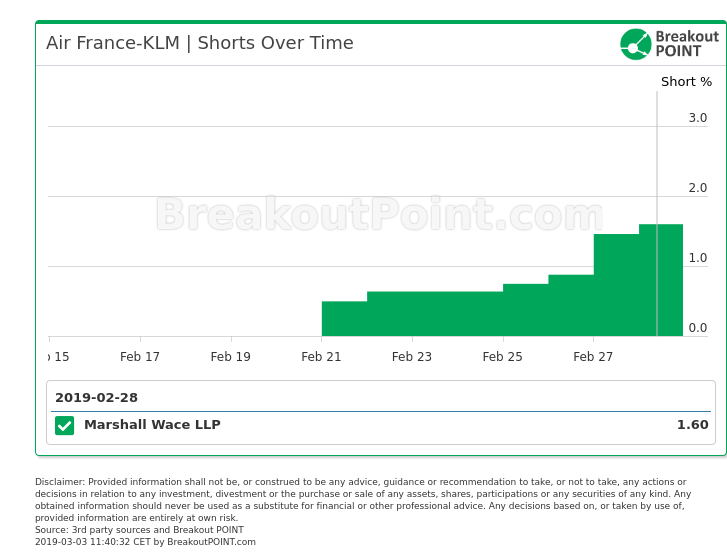 We rarely observe such frequent short position increases. We have not seen any other new big shorts (shorts >0.5%) in Air France-KLM in 2019 and, as of the latest disclosures, this is the only one. Note that AQR Capital reduced their big short in January 2019.

There is quite a bit of history of Marshall Wace shorting Air France-KLM and we have seen their big shorts several times already in the past. In terms of % their short peaked at 3.20% back in August 2016. 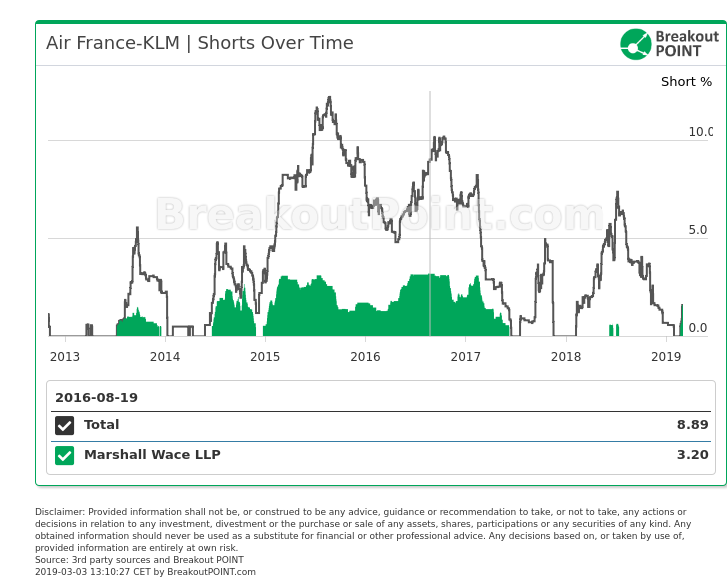 Marshall Wace holds one more big short in an EU airline group. This is a 0.77% short in International Consolidated Airlines Group S.A (IAG). Among IAG's subsidiaries/divisions are: Aer Lingus, British Airways, Iberia and Vueling. In terms of money value this short translates to about €106m at a market cap of about €13.88b.

Marshall Wace has been rather active past week, and they increased a number of short positions, including shorts in: Marks and Spencer, Metro Bank and Centrica. Overall, Marshall Wace remains the most active short seller in our EU records. Furthermore, according to our analytics, when it comes to how short positions are built or reduced, Marshall Wace belongs to a group of the most systemic hedge funds.