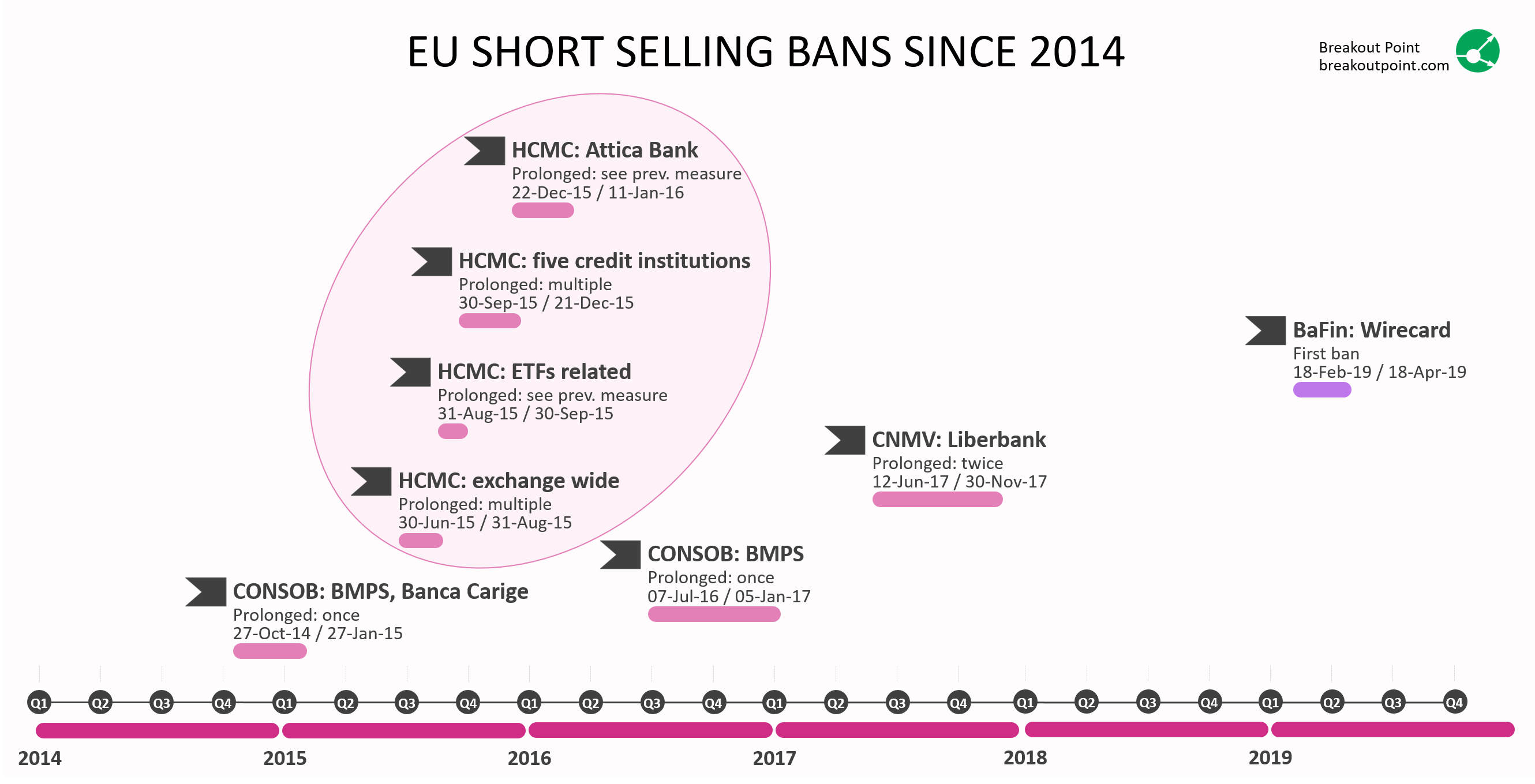 While each short selling ban was rather unique, it is somewhat indicative that, in all analyzed cases, respective EU regulators renewed the bans once, or even multiple times. Thus, it should not be a complete surprise if such pattern continues. For example, when it comes to previous two short selling bans:

Reasons for renewals of emergency measures

Short selling ban in Wirecard entered into force on 18 February and is applicable until 18 April. After that, the ban will be lifted or extended. We briefly look at factors that EU regulators considered when facing similar situations in the past.

Depending on the market conditions the emergency measures can be extended and have been extended in the past. In addition to specific fundamental conditions (e.g. related to plan for reduction of NLP / total loans ratio in case of BMPS in 2016), also conditions related to share price and short selling are often looked at. Without ambition to provide a comprehensive list of possibilities for the latter, here are several that we encountered:

Don't want to miss the latest big shorts by your favorite funds? Join Breakout POINT.  Access data and our analytics.

* Note: This particular emergency measure has not been extended, but it represents a direct continuation of the previous measure.