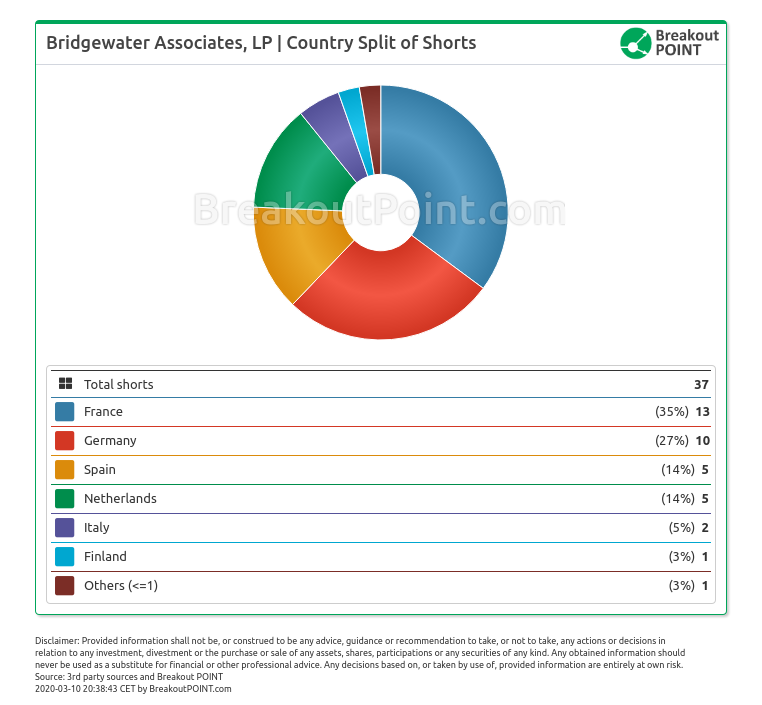 37 new short positions by Bridgewater were disclosed today. All are bets against major EU companies, including, Unilever, SAP, BNP Paribas, Total, Adidas, and Danone. We estimated that, as of Monday's close, cumulative short position is worth more than whooping €10.5b.*

Bridgewater back with Big EU Shorts

Sector split is diverse with most big bets against finance stocks: 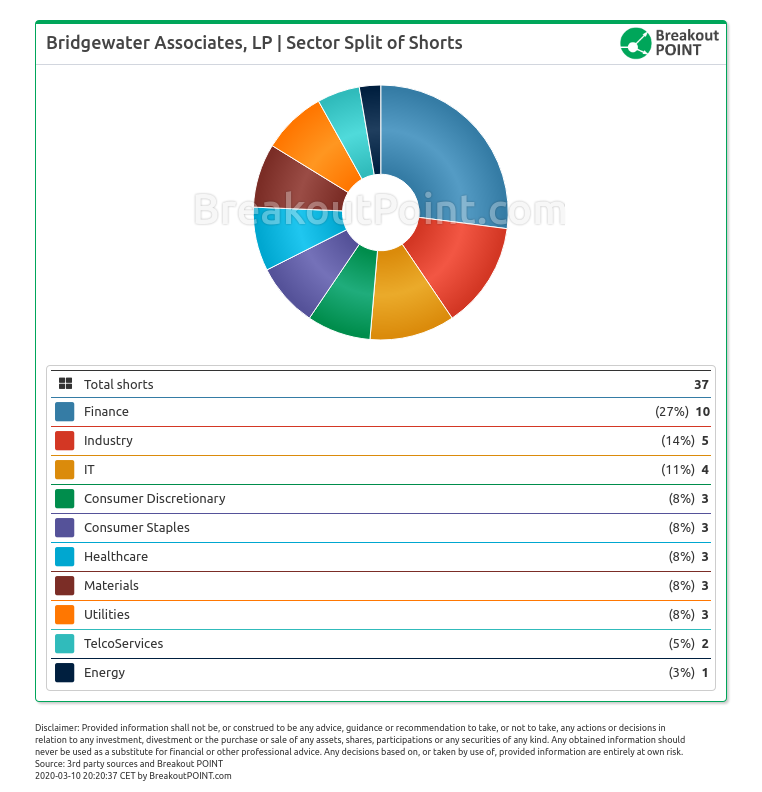 The fact that all these shorts appeared on a single day may indicate index-related activity. It is unknown to us to which extent these disclosures may be an outright short bet, and to which extent a hedge against certain exposure.

As reported by FT, Bridgewater's Pure Alpha and the more leverage fund, Pure Alpha II, declined 5.5% and more than 8%, respectively, in the first two months of 2020.

When it comes to magnitude of short selling, we don't recall any other money manager coming close to this. The most similar occurrence has also been by Bridgewater back in 2018.

What about 2018 shorts by Bridgewater?

In Q1-2018, Bridgewater disclosed more than 50 EU short positions (in Italy, Spain, Germany, France, Netherlands, UK,...), receiving a lot of media attention. For example, only in Germany 14 such shorts appeared. However, the last of these short positions were cut under 0.5% of issued share capital in July. According to our records, with exception of a short in Finland-based steel company, Outokumpu, Bridgewater did not hold significant European shorts until now.