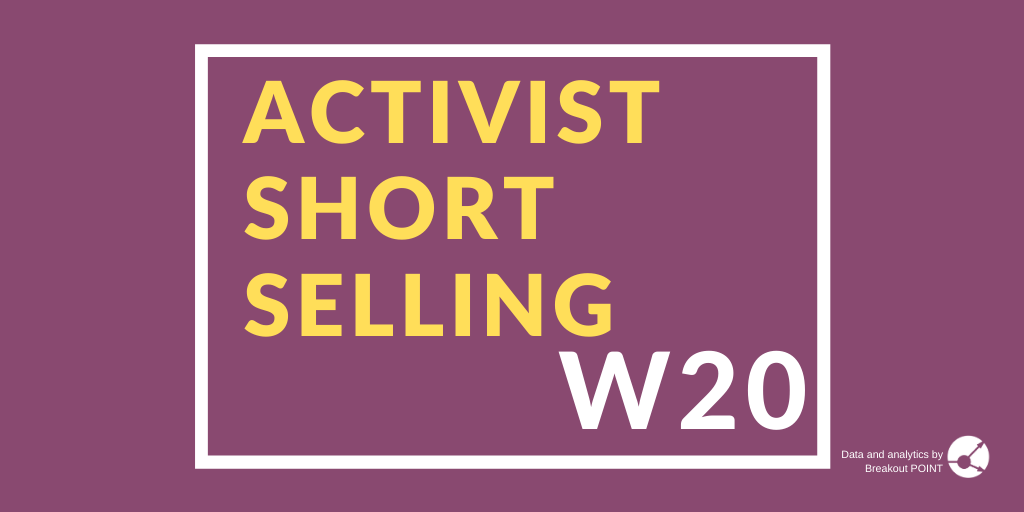 To ban or not to ban? Short selling bans in five European countries (Spain, France, Belgium, Austria and Greece) are set to expiry on 18 May 2020. Chair of French regulator said that market behaviour will impact decision on whether to prolong the restrictions and that decision will be made in dialog with other regulators that banned short selling. AMF had also this to say about short selling:

...the fall in share prices cannot be attributed to massive short selling...

On European scale, banning measures were scattered and inconsistent, and probably have led to a lot of portfolio patching instead of proper hedging. We agree with the views presented in ISLA ICSF position paper that "inconsistent regulatory responses concerning short-selling bans, amongst other measures, have continued and created some market confusion around the role of securities lending" and that a holistic guidance is needed. Also, we compiled weekly short disclosures in two countries where bans were not introduced. Based on this methodology, one can observe that the trend of increasing % short positions faded, even without a short selling ban, starting from W12. 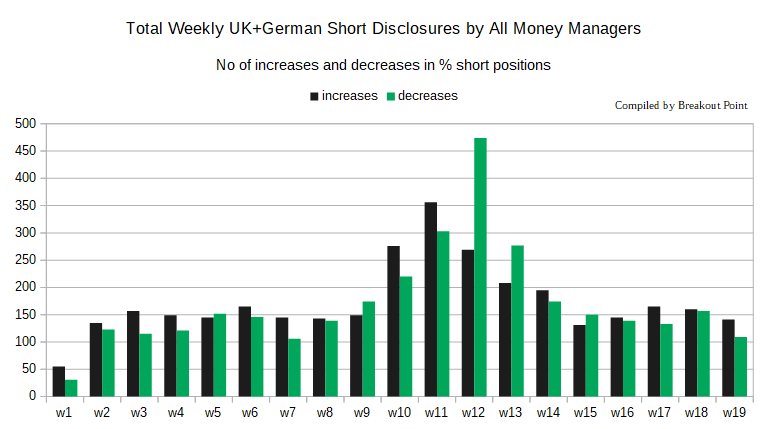 Short book of Aristides Capital: Inovio Pharmaceuticals (INO), CytoDyn (CYDY), Vuzix Corp. (VUZI), Accelerate Diagnostics (AXDX) and Tesla (TSLA) are discussed by Aristides in Contrarian's podcast. All five names have already been targeted by the activist short sellers, but Aristides' views are worthwhile both as a great update and complement to previous public work.

Brokers increasing China Hustle 2.0 margins? So far this year, we recorded short sellers publishing reports targeting seven U.S.-listed Chinese companies. The most prominent example is Luckin Coffee (LK). LK is down about 88% since the initial activist short seller's report. Activist short sellers are having success in this segment, sometimes dubbed as 'China Hustle 2.0', and one could assume that a number of other U.S.-listed Chinese-companies are being scrutinised in these weeks An interesting aspect about this specific group of stocks is reported in WSJ and relates to higher margin requirements that brokers might impose to their clients.

(Un)mute trouble? It seems that CODX is now not only facing Hindenburg as an activist short seller, but also the ‘intricacies’ of running a quarterly conference call. Apparently, when it came to the Q&A session the company did not mute all participants:

$CODX call going very well so far. Every single line is unmuted. A thousand retail investors talking at once.

At the beginning of April, we saw GlassHouse Research publish a campaign against Cubic (CUB) a $1bn US-based contractor. The thesis is mostly based around accounting of CUB and the Covid-19 impact on the business. The report sees roughly 54% downside opportunity in CUB, while shares are down about 14.8% vs prior to the short report.

Most importantly, the short-seller believes CUB has prematurely recognized approximately $108.5m in sales. This is based on short seller's in-depth analysis of their unbilled receivables and percentage-of-completion accounting. If one adjusts the accounts with...