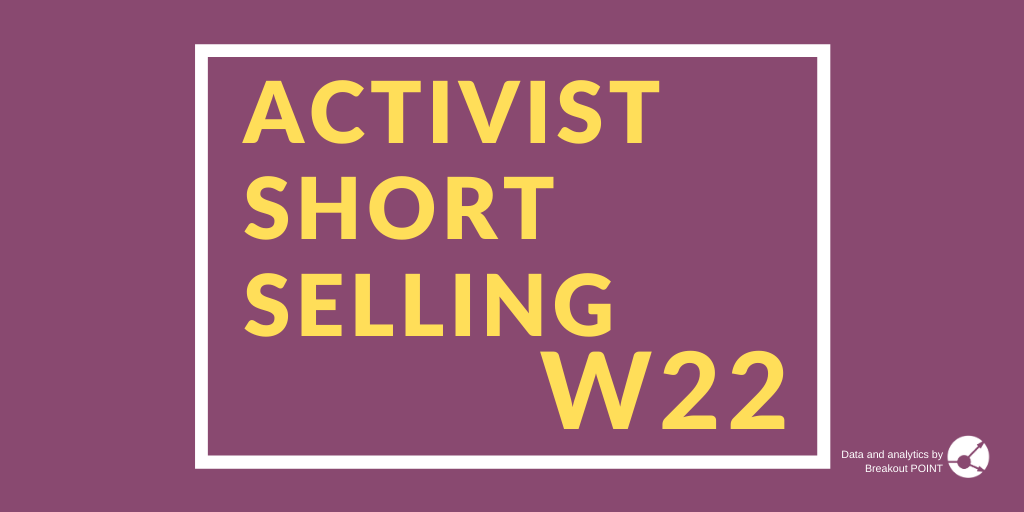 Companies and activist shorts: An interesting analysis of dynamics that might develop at company and its stakeholders, after a short report, was provided in an article titled  "Anatomy of a Short Attack". Especially intriguing is that this artice, written by a managing partner at Marcum Bernstein & Pinchuk LLP, mainly depicts publicly less visible aspects of company's activities in such 'short attack' cases. Perhaps, to avoid being targeted in the first place, certain companies should tamper less with aggressive accounting and not be fraudulent. Thus, we agree with the concluding statement of this article "the best strategy for dealing with short sellers is to take pains to avoid placing your company under the microscope in the first place."

Week of activist shorts Q&As: Global Capital published an in-depth Q&A with Carson Block from Muddy Waters. As Mr. Block mentioned, they included some of his "more fun quotes", including this about US-listed Chinese stocks:

"These companies report whatever they want to report for the most part."

Another great Q&A was conducted with Safkhet's Fahmi Quadir this week by Financial News, where this short seller talks about process, what makes a good short seller, and says this about future of frauds:

"No matter what the markets do, fraud is a constant."

Finally, Q&A with Grizzly founder continued in ValueWalk. This time it was about profiling a fraudulent CEO. Girizzly Research, first short activist that highlighted GSX Techedu, will present a new short idea on Wednesday, June 3, during Contrarian Online Conference, which we are co-organising.

Most importantly, the report talks about BOO's free cash flow figure which should have been misrepresented by 67% since 2014. This is due to the omission of tax payments and the fact that BOO does not own 100% in its most important subsidiary, Pretty Little Things (PLT).

The other important point is tied to the ownership structure of PLT which could also...