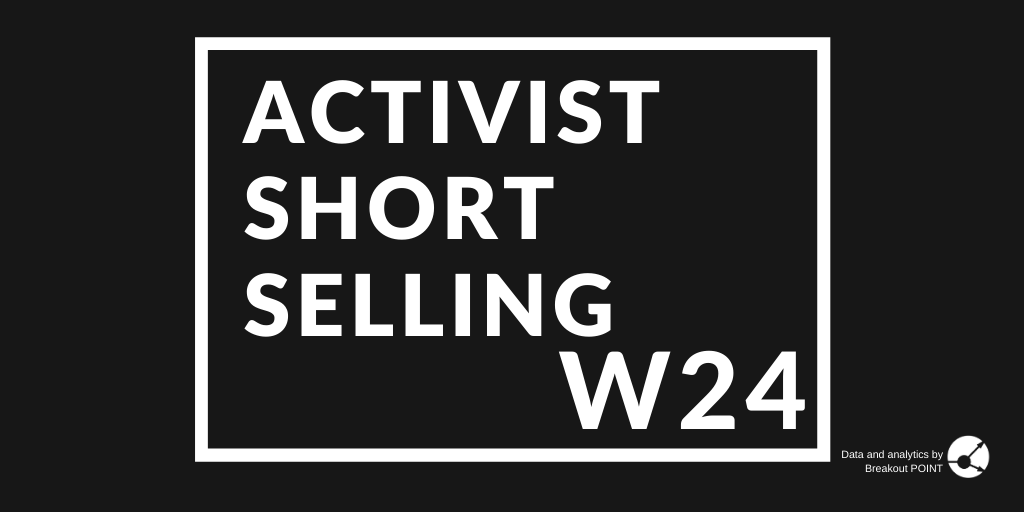 The most prominent targeting of the financial sector concerned a cluster of hedge funds, short sellers, journalists, and investigators working on topics related to market manipulation at German payment processor Wirecard AG.

Process of QCM: One of the activist short sellers with the best track record in our database, QCM gave an in-depth interview to the Contrarian Investor Podcast. This is what QCM said about engaging with a company during the research process:

Hindenburg vs GNUS: One of the recent high-flying stocks and one of the recent favourites among retail clients, was questioned by the short-seller due to dubious fundamentals in a report on June 5. According to the short seller, GNUS is supposedly a failing TV production company with the potential to significantly dilute shareholders. GNUS is down about 50% since the report, but up more than 1000% on YTD basis. Hindenburg Research flagged it again this week:

$GNUS is down 35% pre-market on the filing of an effectiveness notice that enables over 60 million shares purchased by its financiers at $0.21 to be sold freely to its unsuspecting retail holders.

This was the subject of our piece from a week ago.

YOLO for Hertz retail holders: Hertz (HTZ) shares closed about 37% higher on Friday. This was seemingly fueled by stock moving as much as 78% in pre-market and another wave of retail buying. About 20k of Robinhood users added HTZ shares to their porttolio on Friday. In another interesting twist on Friday afternoon, this bankrupted company received an approval to sell up to $1 billion in new shares.

Blast from the past

Rota Fortunae, an activist short-seller who released two campaigns in the past two years, has revealed his identity and shared his ordeal with Farmland Partners (FPI), whom he targeted in 2018.

While his campaign was successful and the stock is now down 26% since then (and was down as much as 50%), the story is not ending. This is due to a lawsuit launched by the company against Quinton Mathews, the real name of Rota Fortunae. He was forced to reveal himself due to a court order.

The company believes Mr. Mathews somehow conspired with others to manipulate FPI’s stock and that the allegations raised by his campaign were constructed to ‘damage a legitimate company’. Mr. Mathews believes FPI’s CEO is being defamatory and should accept responsibility for the languishing stock price of FPI.

Mr. Mathews received a round of support from the short-selling community. Marc Cohodes retweet the story with this comment.

Proud of you! Well done and well played.. I give this fella alot of credit https://t.co/HI0Ia7aEPn

This makes me want to short Farmland Partners.

Never looked. Now I will do some work. https://t.co/GsOz6hlI0c

Thus, FPI might not only be worth following for yet another lawsuit aimed at a critic of a public company, but also for the potential further developments in the share prices. Mr. Mathews himself said that he will provide more research on FPI soon.