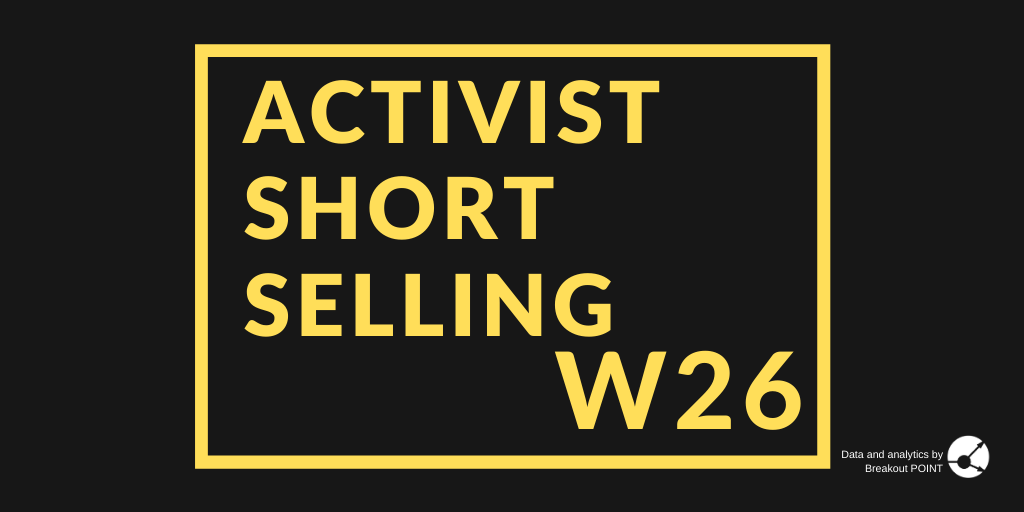 Firms that announce internal investigations launched by the board are significantly more likely to be delisted, face enforcement action, and are less likely to become an acquisition target.

Above is not overly surprising for those following activist short selling. For example, recent QCM's Akazoo short report, the subsequent internal investigation and its disastrous results for shareholders, immediately come to mind.

Wirecard and its critics: There is a lof being written and is seemingly yet to be written about experiences of short sellers with Wirecard, eg a few days ago in Bloomberg "Wirecard Shows Life at Hedge Funds can be Agony". Head of Safkhet Capital, activist short seller that was vocal about Wirecard, spoke to Global Capital about the treatment of Wirecrad's critics and said:

What Wirecard put its critics through is heinous

Profit time for TCI: Our analysis, also mentioned in FT "Hedge funds reap €1bn in a week", shows that a group of the biggest Wirecard short sellers is up more than €1b since collapse started. However, Wirecard short by TCI probably particularly deserves a big short designation. It was greatly timed (continuously above 0.5% since 2019-12-09), had a pinch of activism, and was not jittery (constant since late April, until profit taking on Thursday): 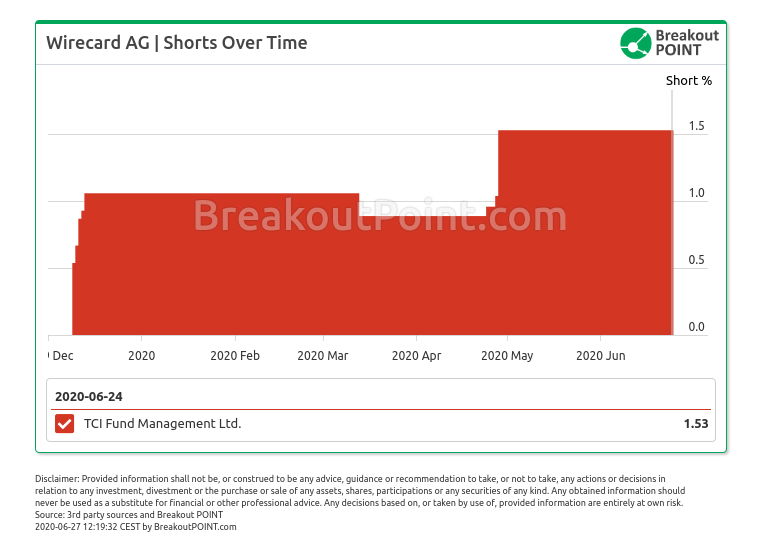