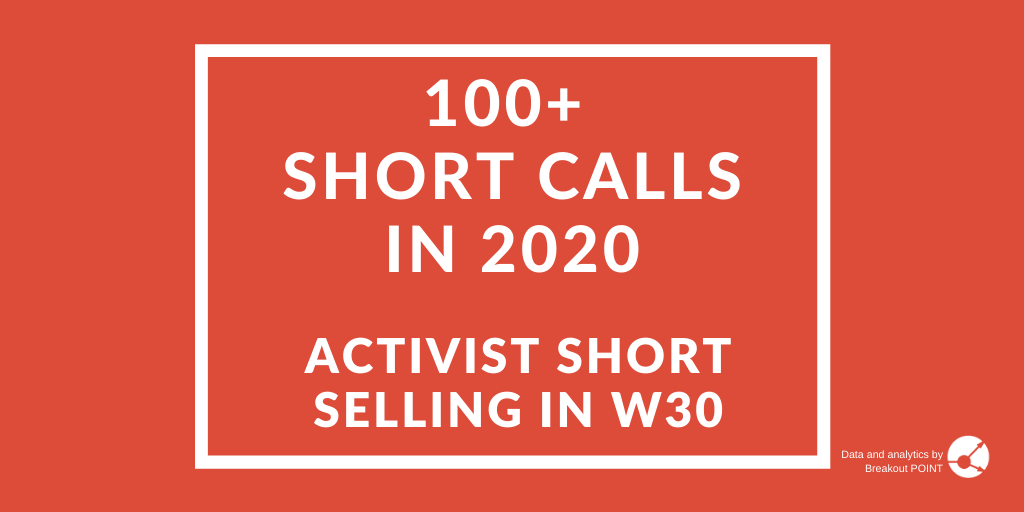 “When people ask us, who were the auditors, I always say ‘Who cares?’ Almost every fraud has been audited by a major accounting firm.”

Long-awaited auditor's review:  Trading in Best World International is suspended since 9 May 2019. PwC’s full report on Best World International is finally out, and a summary of the key issues can be found in The Business Times: "PwC review uncovers questionable deposits, potential breaches of law". Bonitas Research and Valiant Varriors published short reports back in April 2019.

'Retail Bros' vs 'Activist Shorts' This week we have seen the 'retail-bros' captain Dave Portnoy face Wolfpack Research. The short-seller targeted Microvision (MVIS) which is long of Davey Day Trader. The conflict escalated with Portnoy accusing Wolfpack of manipulation, and Wolfpack quickly tweeting back:

You're for two things 1) Dave 2) Portnoy, so just shut up already you're not fooling anyone. We've been publishing the truth for over a decade while you were playing with your pepperoni. https://t.co/w6rDnibBTy

This week we have seen Silvercorp continue to make new multi-year highs. This share price action was mainly driven by the news that the mining company was able to move forward with one of its properties and find gold on the property. While this might be positive, we wanted to rceall that Silvercorp was targeted by Hindenburg in April of this year alongside New Pacific Metals.

The core of the allegations was tied to New Pacific mine in Bolivia. The company apparently lost access to the property. This should strike a strong blow to the mining company’s prospects and affect Silvercorp due to its part ownership of the New Pacific. Initially, the short-seller saw 45% downside for Silvercorp. The stock is now up over 100% since Hindenburg’s report.

Another stock that has been rising despite strong allegations by the short-sellers is Sorrento Therapeutics (SRNE), COVID-19 related biotech. Despite three reports by three short-sellers which pointed out the alleged promotional messages by the company and supposedly dubious nature of the COVID-19 cure, the stock continued to march higher. This was likely mainly because of the news that FDA cleared SRNE for Phase 2 for the cure.