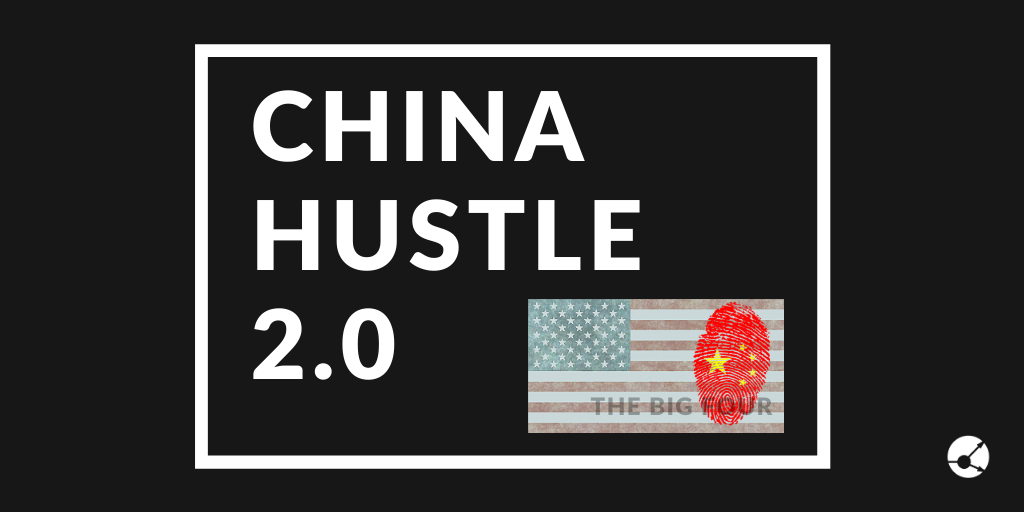 On Thursday, the 9th of July, the short-selling community was focused on a panel hosted by the SEC around the topic of investment risks in emerging markets, especially in China.

In the wake of GSX Techedu being singled out by Muddy Waters in their open letter to the SEC Chairman, this topic is certainly of interest to those looking at GSX and activist short selling.

Many short-sellers believe the regulator should act against many supposedly fraudulent US-listed Chinese companies as the shares just keep on trading without any sort of backlash despite numerous serious allegations and supposed failures of auditors. While Luckin Coffee's fate is a recent outlier, in our database we can find many other companies targeted for similar reasons by the short sellers.

During the SEC panel, which included Muddy Waters' Carson Block, the listeners were able to take away three main themes from this 50-minute discussion.

The first was Carson Block’s proposal to the SEC to hold the ‘enablers’ of Chinese stocks accountable. By that, he meant the auditors, the investment banks, and other US entities that play a role in the process of enabling Chinese-based US-issuers of shares. According to the short-seller, these enablers should put up financial collateral to prevent unmitigated losses for investors should US-listed Chinese stocks turn out to be fraudulent. Carson Block also released an open letter to the SEC which goes into more detail about this. In this letter, Carson Block also explains why he is not confident in focusing on efforts that would somehow try to hold accountable the Chinese firms or individuals.

The second significant point discussed was due diligence, or rather the lack of it. Carson Block quickly mentioned that if other investors, especially passive investors who form ETFs, were to perform significant due diligence, we would not know his name. He also went on to say that even large asset managers fail sometimes to do basic due diligence on Chinese companies.

He specifically targeted the VIE structure of the US-listed Chinese companies and mentioned that, as far as Muddy Waters analysed, not one single VIE has ever received any payment from the operating companies in China. This is despite having contracts in place that should ensure shareholders of these VIE structures should receive some portion of the cash flows. He noted this information was lost on asset managers targeting the space.

Furthermore, the discussion also mentioned Alibaba. One panelist said that we should not generalize when it comes to Chinese companies and that there are some that are ‘good businesses’. Carson quickly replied that while Alibaba might be a fine operating business, other short-sellers told him Alibaba is likely producing somewhat fraudulent financials.

The last major point mentioned was national security. Roger W. Robinson of RWR Advisory Group pointed out investors sometimes provide capital to companies that are sanctioned by the US government, are posing a concern to the US national security, or are even in violation of human rights. This is due to the way passive investment vehicles, such as ETFs, buy their exposure to emerging markets. This is where the lack of due diligence is also showing up.

Roger also noted White House seems to be now more cognizant about this than the regulators themselves who, according to him, are just not doing enough. Recently, the administration wrote letters to federal retirements funds who hold a share in these Chinese-based companies and advised against increasing exposure and suggested divesting these stakes.

We will see what comes out of this discussion and whether SEC will take further action based on the suggestions and comments. As one panelist said, the regulators are usually not doing enough. Thus, in the mean time, activist short-sellers step in and perform the missing work.

Other notable quotes include:

Roger W. Robinson on Chinese companies and their alternatives to the large and liquid US capital markets

‘To the best of our knowledge, no PRC-based company chairman (i.e., controlling shareholder) has been held materially accountable.’

‘If global auditors are happy to rent their names to entities that are prohibited from cooperating with U.S. regulators, the lessors of these monikers should bear responsibility similar to how parents are often financially responsible for the misdeeds of their minor children.’