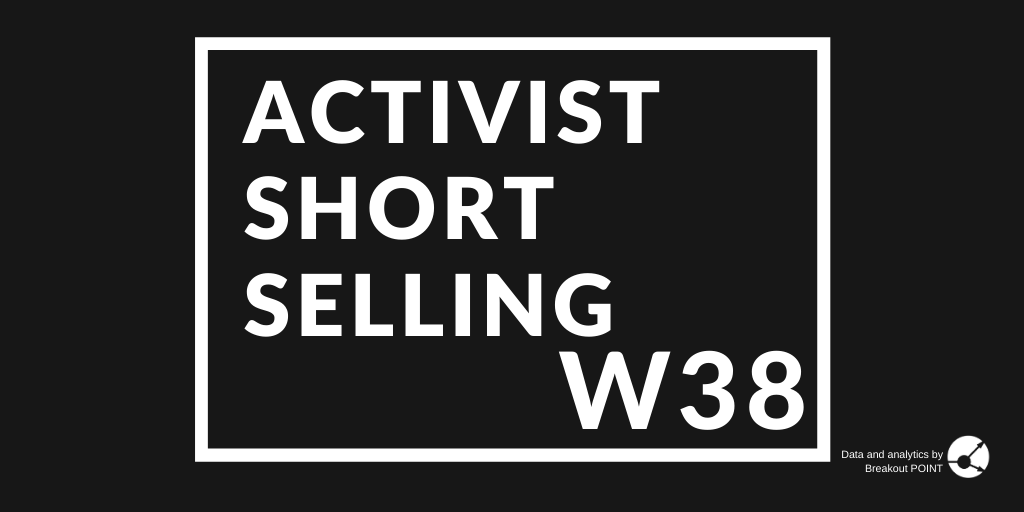 Nikola's founder in Motion: On this Monday, Nikola's founder "proposed to voluntarily step aside" as Executive Chairman and from the Board. The company's board accepted this proposal and appointed new board member. This follows Hindeburg's short report and a peculiar company's response that included this widely discussed clarification:

Nikola admits the truck wasn’t driving under its own power, but the joke is on us because they never said it was.

Technically said it was “in motion.” pic.twitter.com/hS9CZwhFcy

As of Friday's close, Nikola is down about 19% since Hindeburg's report but has been trading as much as 37% lower in premarket on Monday following Milton's resignation. 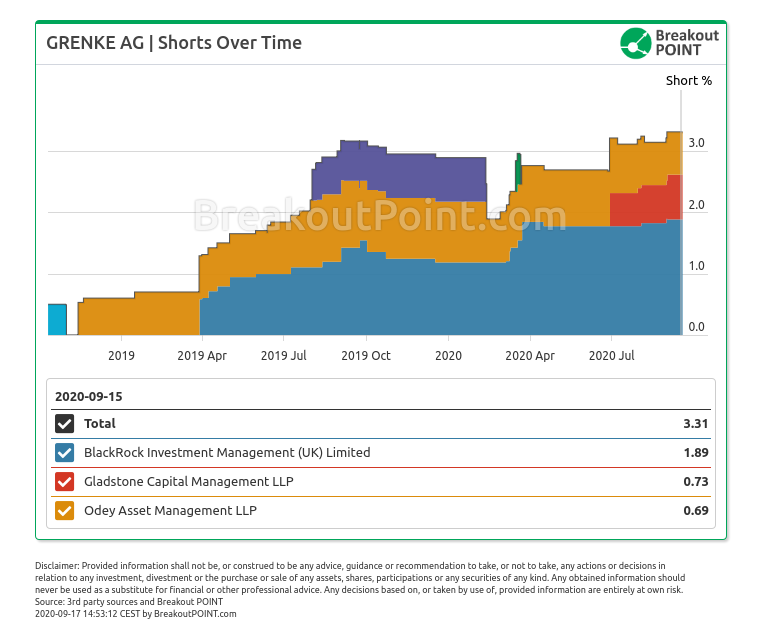 Year of Activist Shorts in Germany: Our below chart does not even take Wirecard collapse into account, as it only considers short reports initiated in 2020. Germany is a clear outlier in our records when it comes to success of activist short sellers in 2020. 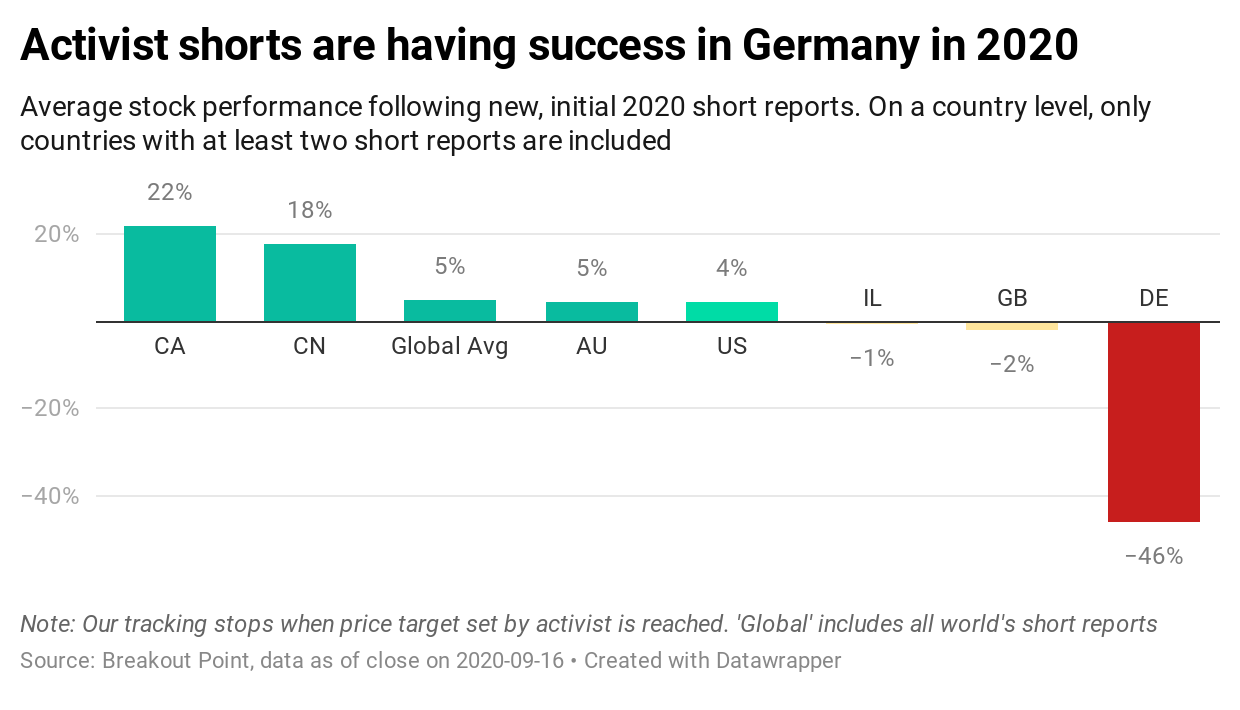 While Grenke declined about 39.6% in W38, another company declined even more. This is the latest Citron’s target, Nano-X Imaging LTD (NNOX), a recent IPO of a device-orientated healthcare company which is worth around $1.5bn. The short-seller focused on this company due to allegations of stock promotion not based on reality.

Most importantly, the report believes the company never showed any scientific paper suggesting the product works as claimed. The company says it produced a novel digital X-ray source. Citron is sceptical.

Moreover, as per Citron, the company has low R&D spend compared to other major players trying to innovate in this space. Supposedly NNOX also did not get even the most simple clearance from FDA. Third-party valued NNOX's technology at $0.14 per share.

Finally, according ot the short seller, many of NNOX's purported customers raise red flags. Citron alleges that some are dealing with other products than healthcare and X-rays, others have dubious headquarters while they apparently should purchase over $20 million in NNOX's products in the future.

Due to all this, the shares are worth zero according to Citron. The shares have sold-off rather quickly and are now down about 45.5% since the report. The company so far released only a short statement saying the report was wrong.

It will be interesting to keep an eye on the developments as the business of NNOX seemed to be vulnerable to Citron’s claims. According to the short seller, they have yet to receive full authorization to sell the product. Thus, the IPO which valued the company at billions of dollars has seemingly created a significant amount of expectations which the company will have to fulfil.

The most significant new campaign this week was probably the return of Viceroy to Europe. The short-seller targeted what was then a $3bn European leasing company called Grenke (GLJ) listed in Germany. They targeted the company due to allegations of accounting...