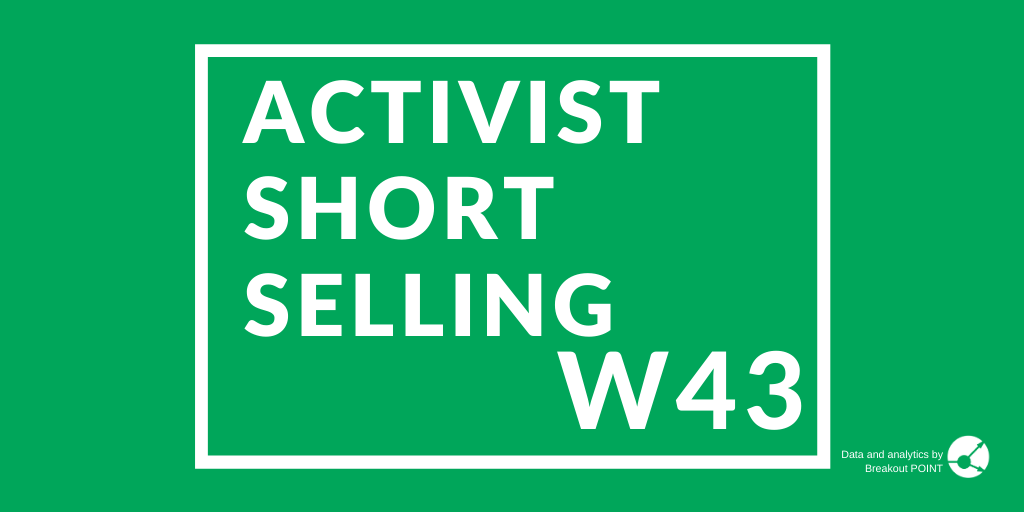 EY on Wirecard: EY provided a very interesting statement in this in-depth WSJ article titled "String of Firms That Imploded Have Something in Common: Ernst & Young Audited Them":

This is probably a very good occasion to re-visit this great story: "Wirecard and me: Dan McCrum on exposing a criminal enterprise".

Auditors and Fraud Detection: Within the latest proposal, UK regulator is pushing auditors to do more to recognise fraud:

NEW: UK auditors will be required to detect frauds in a newly-unambiguous accounting standard being plotted by the industry's watchdog

The plans see the UK move ahead of international accounting standards in the wake of Wirecard and Patisserie Valeriehttps://t.co/yLkXx9loof

Great week for Kuvari: Kuvari Partners had a great week with their largest % short on our records, a 1.87% short in Network International Holdings. This United Arab Emirates-based payment solutions provider fell as much as 24% compared to Friday's closing price. This occurred in the week when PayPal announced that it would allow users to pay through Bitcoins. 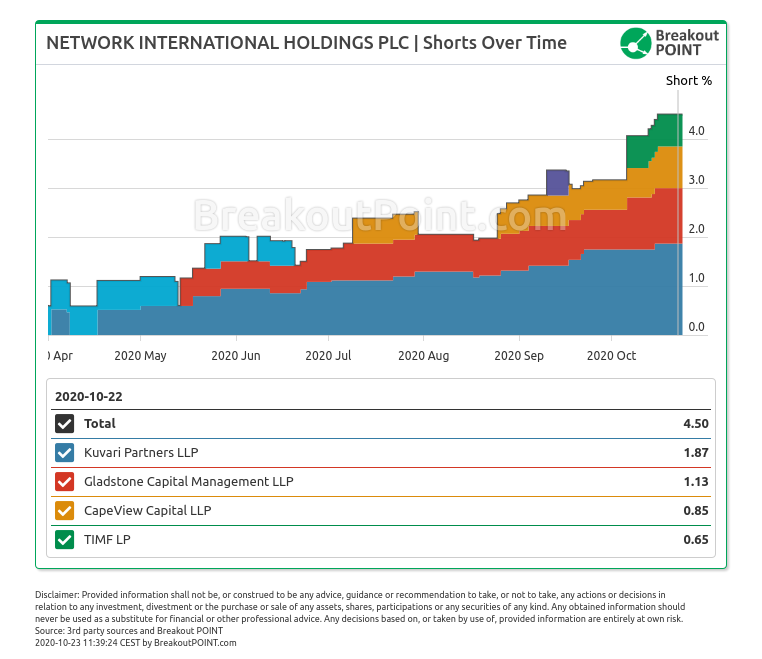 This week we saw volatile price actions on both sides of the aisle. The longs had celebrated earnings release of Align Technology (ALGN) and prompted a one-day rally of over 30%. The company has exceeded expectations and investors likely believe the trend will continue. ALGN is short of Spruce Point who alleged the company will eventually be pressured by the entrance of new competition which is using cheaper and more available solutions.

Initially, the short-seller saw 55% downside from the current prices, but so far the stock has moved against the thesis and the stock is up over 145%.

On the other hand, the shorts saw somewhat of a respite in GSX Techedu (GSX), the notorious China Hustle 2.0 which fell 30% on Wednesday morning. The reason for this is relatively murky. Grizzly Research noted in our conference that they do not know the exact single factor which caused the slide. There were sell-side reports which downgraded the company and possible rumours that the company is guiding increased losses as per below.

With the Nomura downgrade today, it’s very clear to me that the $GSX narrative from the company itself, has changed. They are now claiming that large losses are forthcoming, due to “marketing mistakes”. Whether or not you believe them is now irrelevant. pic.twitter.com/UfAJWmu1zB

We will see what happens the next with this stock that saw the highest number of short reports in 2020.

All of this week’s campaigns come from the Contrarian Investor Conference. Four presenters have introduced their new short ideas.

The event was kicked off by Bucephalus Research who presented on a Spanish-listed road company due to allegations of cash flow issues and accounting gimmicks. In the classic fashion of Bucephalus, the report was focused on supposed managerial tricks which try to improve the façade of the company’s financials.

The report pointed out that in reality two subsidiaries of the company are allegedly not doing well and are unlikely to alleviate the company’s issues with cash flow. One of those subsidiaries was Cimic, an Australian construction company. Cimic was previously covered by GMT Research. The short-seller launched similar claims to Bucephalus.