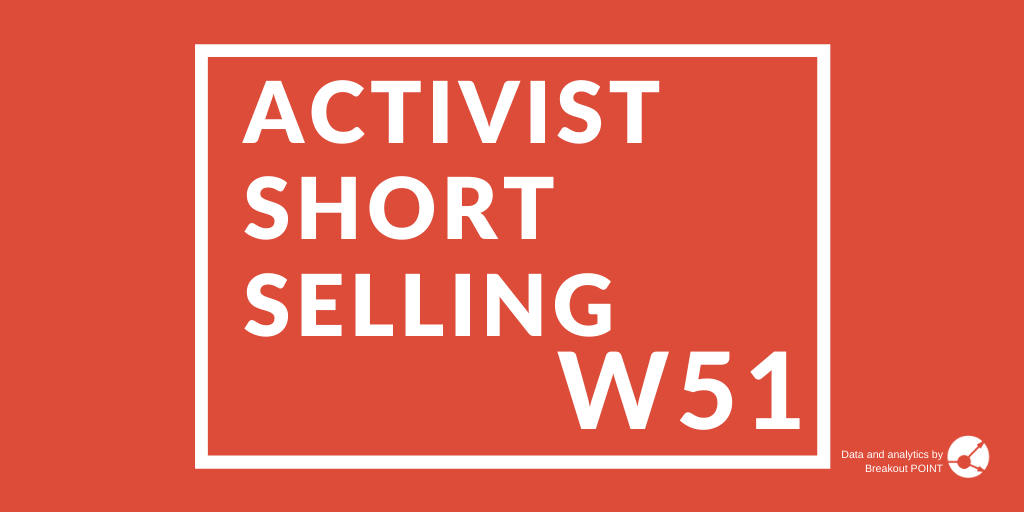 Luckin Coffee and fines: Chinese regulator fined Luckin Coffee and linked firms a total of $9m in September. This week the company agreed to pay $180m to the SEC to resolve their charges of "defrauding investors by materially misstating the company’s revenue, expenses, and net operating loss".

Cyberflop and Melvin: Melvin Capital won big off Cyberpunk 2077's flopped debut. The game was hyped, but then dissapointed. Even Elon Musk gave his two cents. More in Financial News including our inisghts. 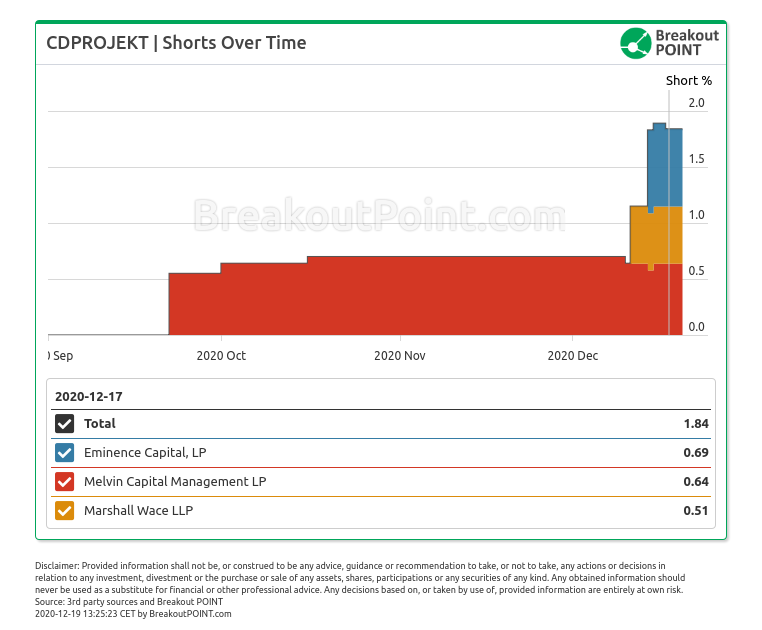 On the right side of the tracks (for short-sellers) we have seen a sharp downturn in Loop Industries (LOOP). The stock went down by about 25%. Originally it was targeted by Hindenburg who still believes it is a zero as per the below given the recent efforts of the company to try and exonerate their technology.

We remain short $LOOP with a price target of $0 and continue to believe that Loop’s claimed technological advancements do not exist.

As the independent review was allegedly misleading and did not prove to be fruitful, the market took notice and started the sell-off. So far, the stock is down about 35% since the initial report. Thus, there could still be plenty of downside left as per the claims.

On the other side of the tracks, we are seeing renewed bullish interest in MicroVision (MVIS). The stock, which was previously targeted by Wolfpack and White Diamond, has climbed up by 76% and over 150% in a month. Some of this is seemingly because of the ongoing buyout rumours. Recently, you can spot an increasing frequency of related  tweets.

This is peculiar given that White Diamond specifically mentioned it is unlikely Micorsoft will ever be interested. Wolfpack Research also questioned the attractiveness of the company as a whole and does not believe the buyout rumours.

As the stock is hitting new multi-year highs it might be worthwhile to closely follow the situation as the short-sellers believe the event is unlikely to ever pan out.

The short-selling community can rejoice once again. The duo Grego and Cohodes remained persistent and FDA requested that Penumbra (PEN) voluntarily recall Jet 7 device. It is very interesting to compare language used recently by the company and by the FDA:

From Penumbra's response on December 8th:

From the FDA's alert in December 15th:

The catheter which was, also as per reports that FDA received, responsible for a number of deaths of patients was finally pulled after an intense activist campaign. It happened roughly two months after QCM first published their report and about four months after initial claims published by Roddy Boyd.

The recall event was well covered by the short-selling duo who also went in-depth about the possible future of the company.

The stock is now down about 25%, but initially, the market was either ignorant or dismissive of the claims. Our records show that Penumbra shares closed about 8% higher a week after the initial report by QCM. However, investors should remember that QCM believes there is plenty more downside given the possible legal liability and the ongoing research into other areas of the company. In the Periscope, the short-sellers mentioned that there are potentially many more ‘cockroaches’ such as a number of individuals with tainted track records in corporate governance.

After the success with PEN, one might think that the market will pay more attention to what Roddy Boyd has to say, but it seems his new campaign went relatively unnoticed. He targeted Freedom Holding Corp. (FRHC), a $2.45bn Kazakhstan-based brokerage business due to all the allegations of too good to be true numbers and questionable corporate governance.

Most importantly, the report believes the company's...