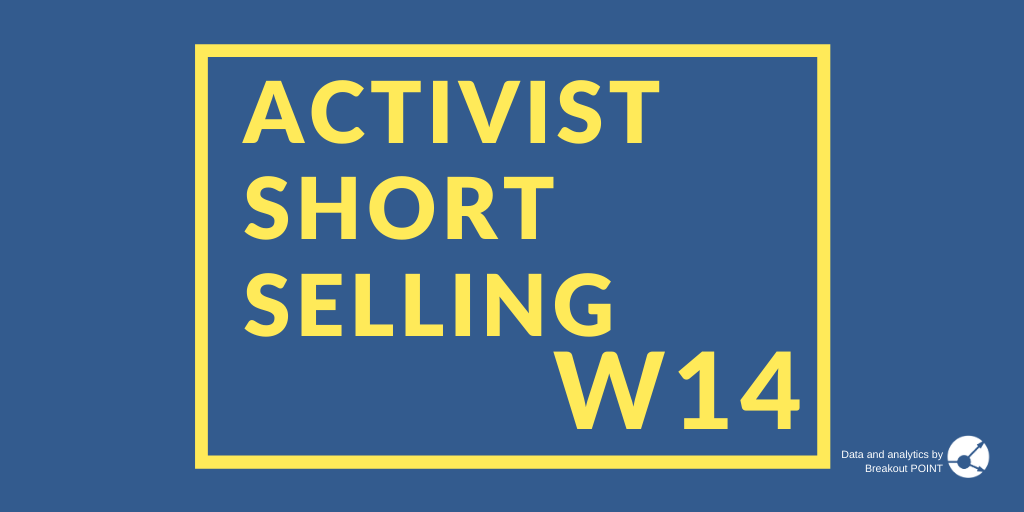 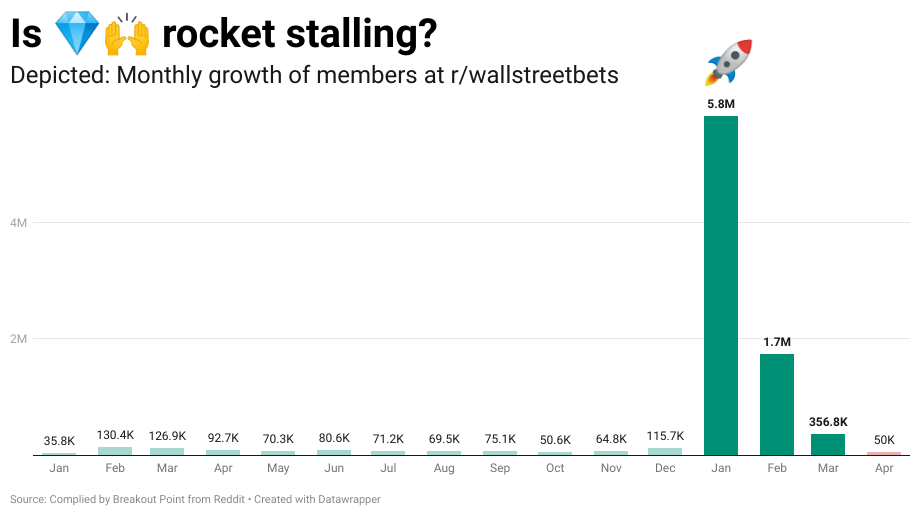 This week’s we saw several stocks that moved in the right direction for the short-sellers. The biggest mover was Ebang (EBON), as the stock registered a fall of about 28%. The reason for this move was the release of a report by Hindenburg. The short-seller targeted this $1.11bn crypto-related Chinese-based company due to allegations of misuse of capital and dubious related-party transactions.

Most importantly, the report believes the company has put the recently raised capital into questionable projects. For example, the company allegedly transferred over $100m (a bit more than its IPO proceeds) to bonds linked with the underwriter of EBON's IPO. The underwriter has a checkered history filled with fraud allegations, self-dealing, and IPO flops.

Moreover, the current hype about the stock is due to its crypto exposure. However, the company supposedly released its last version of its crypto-miner in 2019 and has sold only about 6,000 units in the first half of 2020. The new crypto exchange effort was apparently bought from a white-label provider. Hindenburg also believes the company is lying about the volume on the exchange.

Due to all this, the short-seller sees a significant downside opportunity as the capital raised by the company is unlikely to be ever returned to the shareholders in a meaningful way.

The company released a flurry of press releases. One rejected the report but did not provide an in-depth refutation. The other two were connected to the business. One talked about an equity offering which Hindenburg reacted to in the following fashion.

$EBON is yet another cautionary tale for inexperienced investors.

As is common with other China-based schemes, the co. will likely keep selling shares as long as investors are willing to keep buying them. We think this is a clear one-way street & the capital isn’t coming back.

The last PR was aimed at the crypto exchange, which was discussed in the report.

On the other side of the tracks, only three stocks have registered a move of more than 10% in the 'wrong' direction. Perhaps the most surprising mover was Bit Digital (BTBT). This is a target of J Capital Research, who wrote about this bitcoin mining company in January of this year. The report was mainly alleging BTBT engaged in fraudulent behaviour and lied to investors and the public.

The stock is down about 32% since the initial report, but this week the shares ended up by about 18%. There does not seem to be a clear reason for this apart from perhaps the overall moves of the crypto market. Given the strong allegations, it will be interesting to see how the thesis will play out.

The reactions to Hindenburg's campaign on EBON were mixed. Many came to Twitter to berate the short-seller with the all-too-common statements about evil shorts. However, the increase in such responses to Hindenburg's work comes from their other short reports, which have 'angered' the public.

Perhaps most importantly, SOS played a role in this. The Chinese-based crypto-related business has become somewhat of a battleground stock between short-sellers and retailers. When Hindenburg and Culper released their reports, the stock dropped but then has rebounded as the market has digested the allegations and did not put much importance on them. This is even though short-sellers are alleging SOS has lied about one of its acquisition which was supposed to have been done with undisclosed related-party transactions. The stock is now down 13% since the initial report but has jumped up in W14.

On our retail popularity list, SOS has ben trending at #1 place at times on Wednesday, but popularity started fading on Thursday and then further on Friday:

Another stock that mobilized the retailers against Hindenburg was Clover (CLOV). This popular SPAC, that went public via a merger with Social Capital Hedosophia Holdings Corp. III, got into the crosshairs of Hindenburg due to allegations of undisclosed investigation and dubious business practices. Retailers, however, did not lose the excitement about the stock even though the company came out and actually confirmed the previously undisclosed investigation. The stock did have a hard time as the broader market was selling off similar names, but on Thursday this week, the shares have jumped over 20% on new business developments.

On our retail popularity list, CLOV has ben trending at #1 place at times on Thursday and Friday: