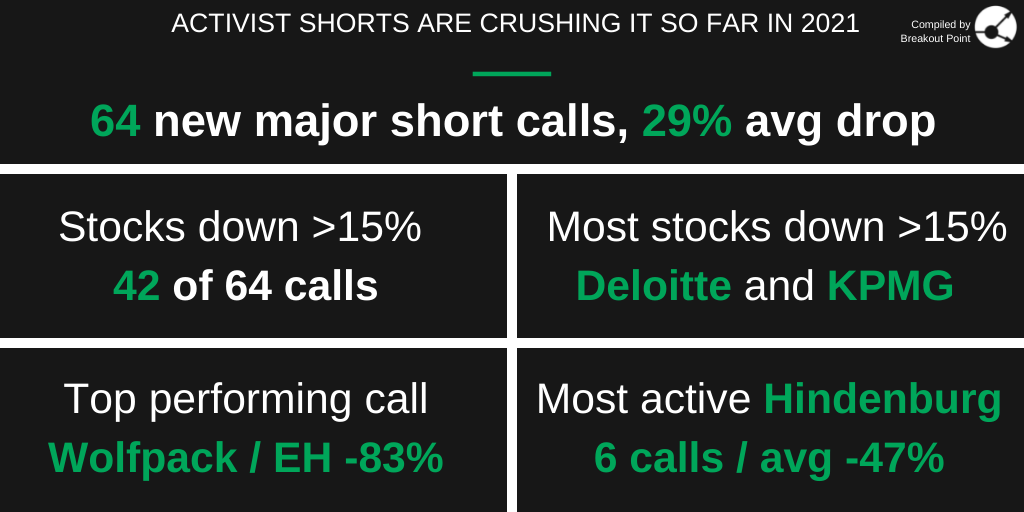 Did you make money with King of SPACs?
(honest answers only) 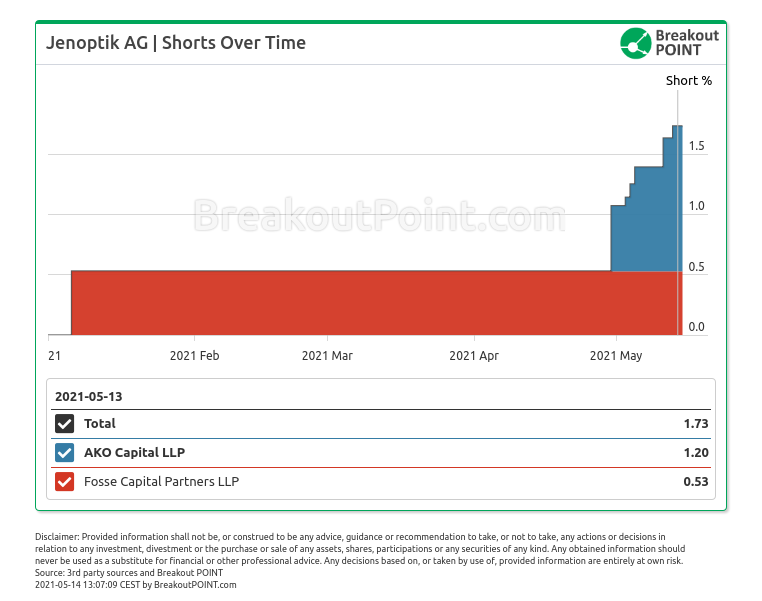 This week’s we saw several stocks that moved in the right direction for the short-sellers. The biggest mover was Magnite (MGNI) which is down 31% in the past week. Spruce initially targeted this $3.12bn sell-side advertising platform due to allegations of dubious financials and dubious management.

Most importantly, the report believes the company's origins are flawed. The company was created as a result of a merger. Both companies supposedly hid their problems by creative accounting. The fundamentals can also be questioned as their organic growth is small compared to peers. According to the short seller, MGNI's covenants are increasingly challenging, which might support the negative outlook for the business.

Initially, Spruce took a beating on the stock as the market liked a new acquisition by MGNI. However, this week the stock plummeted after the disappointing earnings report. The market was likely especially disappointed by that very acquisition. Spruce was warning about this in February of this year.

Congrats $MGNI bulls. We don't like the SpotX transaction; we believe it validates our concerns that RUBI/TLRA wasn't scaling and couldn't succeed on its own. Net Income missed targets by 65% ($5.8 v $16.9m). Now heavy dilution + muddling the financials even more. Good luck.

The short-seller did not yet provide an update. The stock is down about 10% since the initial report.

The second-biggest decliner of this week is Beam Global (BEEM). This EV charging company was targeted by Mariner Research in January of this year due to allegations of an unsustainable business model.

Most importantly, the report believes the company will see falling revenues in the coming quarters as governmental entities have stopped ordering BEEM's charging station. This is allegedly not a surprise as the cost of the station is sometimes 100x costlier than the mainstream systems. The company also stopped disclosing their backlog supposedly to hide this deterioration.

The thesis is likely to get validated as Q1 results have been postponed by the company. This has sparked an 11% fall in the share price and takes the shares lower by about 68% since Mariner released their report.

On the other side of the tracks, we are still not seeing many stocks that would go against the short-sellers. The biggest mover was Tyro, which was up 7%. However, this was an event-driven short by Viceroy Research, and thus the current developments are not as relevant. Right behind Tyro was Porch Group (PRCH), which was also up about 7%. This is short of Spruce Point due to allegations of dubious business model. The stock went up, likely due to being named as a top idea by a sell-side report. The shares are down 22% since Spruce report in April of this year.

This week we have seen the short-seller target this $3.69bn insurance company due to allegations of legal liability stemming from low consumer protection.

Most importantly, the short-seller believes the company has failed to secure customer data. Muddy was apparently able to access accounts of customers without their permission and extract key personally identifiable information from the accounts. Supposedly, they found this weakness by accident, and it was then also found by relatively cheap industry-standard security software.

Due to this, the short-seller believe the company's share price could be pressured as the business could become liable for alleged breaches in both the US and European privacy laws.

The company was quick to react.

1/ Let’s set things straight up front: What @muddywatersre found were links to 4 insurance quotes shared by Lemonade users themselves. (aka, they loved it so much, they shared ‘em).

That is not a vulnerability, it’s by design! https://t.co/JJhFmOzUAW

However, Muddy questioned this and started to say that LMND is...