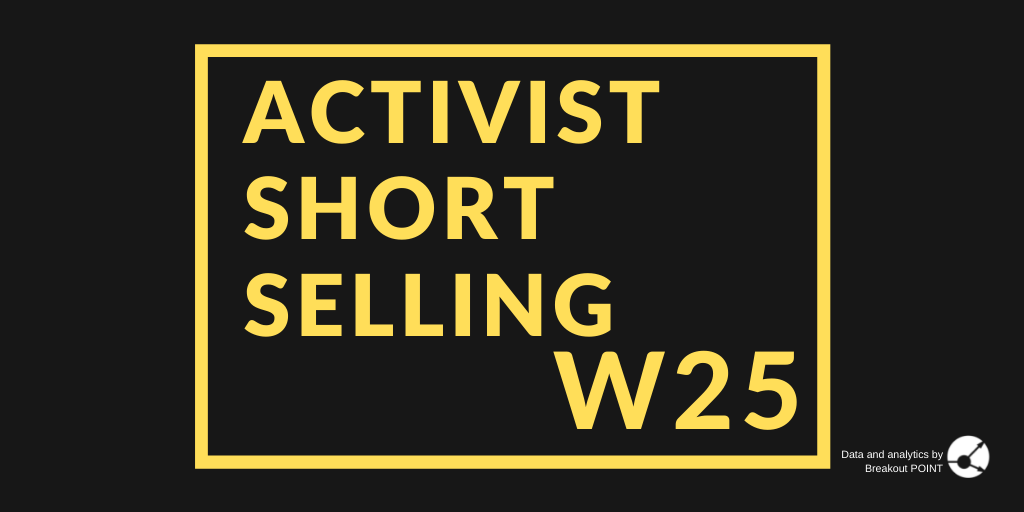 This week’s we saw several stocks that moved in the right direction for the short-sellers. One of the biggest mover was Bit Mining (BTCM) which was down about 17%. We cover why the stock lost some of its steam in the section 'smaller updates', where we explain what J Cap thinks about the latest developments.

On the other side of the tracks, we have seen some movements against the short-sellers.

The most notable mover was Virgin Galactic Holdings (SPCE), June short of Kerrisdale, that ended the week more than 50% up. This long-standing retail favorite got in instant focus on Friday morning after getting the green light from the FAA to fly passengers to space. It ended the week as the most popular retail stock in our retail popularity and sentiment records. 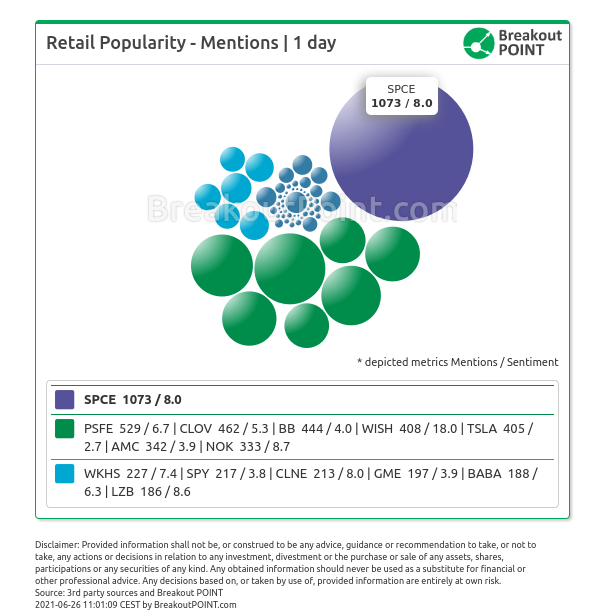 Among notable movers was also Cielo Waste Solutions (CMC) which was up 10% in the past five days. Initially, Night Market targeted this $600m renewable diesel company due to allegations of dubious joint ventures and weak finances.

Most importantly, the report believed the company is unlikely to go through with its joint venture plan. The JV partner, which should come up with financing for the business, has only $300k in cash and struggles to attract investors. The partner is also a related party as the person behind it used to run Cielo's investor relations team. Cielo itself is struggling to come up with any outside money. They did find an allegedly dubious zero-interest loan, but Night Market questioned who would lend Cielo such money given their financial state.

It seems the market has not been giving the claims much importance. On top of this week's rise, which was likely spurred by approval to list on TSX Venture Exchange, the stock is up over 20% since Night Market's report which was published in late May.

We would also mention Ocugen (OCGN), which was back up by about 27%. This COVID19 vaccine biotech was initially targeted by logphase Research in March of this year as the short-seller believed the drug is unlikely to be approved. Even if it should, according to the activist, it will face significant challenges given other competing solutions. The stock has been on a wild ride ever since the report, first appreciating and then crashing as it became obvious that the company will have to do another test to get approved in the US. The stock is now down slightly by 2% since the report, but it seems retail traders are still following the story. Thus the campaign is unlikely to be at its end.

This week we also saw a well-known short-seller start a campaign aimed at a $1.6bn Canadian junior oil company due to allegations of being an insider enrichment scheme.

Most importantly, the Viceroy Research believes the company will not discover oil in the purported area they are supposedly operating in. According to the short seller, this is mainly due to the lack of data to support the idea that there might be oil. Moreover, Namibia, where the area is located, allegedly does not...