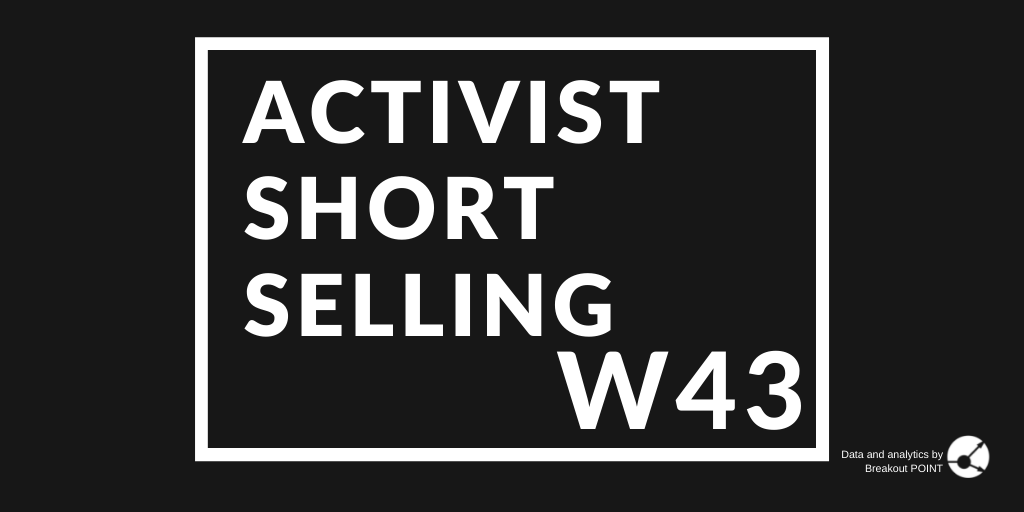 I wrote a letter to the House Subcommittee holding hearings on China listings. I outline just a few of the ways in which China systematically abuses cap markets, and some of the parties it has co-opted. cc: @BradSherman@billhuizenga@MaxineWatershttps://t.co/thgLStDDeX

We are short $DWAC. Now that initial excitement has passed, we see only risks for investors in near future. Based on Trump's track record, at current price, renegotiation is likely to keep more of the merged company for him.

The funniest thing about $AMC is that some Apes think it is actually worth $18 billion ($27 billion enterprise value).

I can understand a short squeeze thesis.

But a valuation thesis really demonstrates that some Apes are dumb.

This week's we saw several stocks that moved in the right direction for the short-sellers. One of the biggest movers was Recon Africa (RECO) which is down about 17% this week. This O&G exploration company was initially targeted by Viceroy Research due to allegations of being an insider enrichment scheme.

Most importantly, the report believed the company would not discover oil in the purported area they are supposedly operating in. This is mainly due to the lack of data to support the idea that there might be oil. Moreover, where the area is located, Namibia allegedly does not license unconventional or shale oil exploration and extraction. Despite this, RECO believes it will find and operate unconventional oil wells. The company has been quick to release plenty of press releases, but only a few are of significance, and all seem to confirm that drilling for oil is a pipe dream.

There wasn't any news that would specifically explain the downturn in the past few days. However, that is likely the point why the stock is weak. The company has struggled in the past to defend itself from the claims of Viceroy and already released news that validated parts of the thesis. Thus, the negative trend might not end anytime soon.

Another stock that has registered a significant decline is Cytodyn (CYDY). The stock is down about 17% so far in the past five days as there were new documents unveiled in a court case that involves the company. The biotech which is focused on COVID19 solutions was initially targeted by several short-sellers due to allegations of dubious product and corporate governance. They saw the story about the COVID19 asset as incomplete and were expecting significant declines once the market realized it.

The decline happened, but this does not mean that the stock is done, as can be seen this week. The news again confirmed large parts of the thesis as the court document showed an email where the CEO instructed another entity to file an incomplete Biologics License Application (BLA) with the FDA to manage CYDY's stock price.

On the other side of the tracks, several stocks have moved against short-sellers. The most significant surge was seen in Triterras (TRIT), which is up 25%. The stock was most recently targeted by Phase 2 Partners. The short-seller targeted this Singapore-based company focused on blockchain solutions due to allegations of dubious track record of the management.

The surge in the share price occurred as the company has released details about its own internal investigation aimed at some of the claims raised by the short-sellers. Perhaps unsurprisingly, the investigation did not find any wrongdoing. It did not take long before some short-sellers raised concerns about this conclusion.

$TRIT. This one is funny: Our (very independent) audit committee reached the conclusion we are the good guys and that's all! @StockJabberpic.twitter.com/jp3JlfWP4G

Thus the story is unlikely to be done after this internal investigation.

This week we also saw a new campaign by J Capital Research who focused on an Australian-based miner with operations in Germany.

This is a first report following release of 'better practices for activist short sellers' by ASIC earlier this year. Thus, dynamics were a bit different this time: