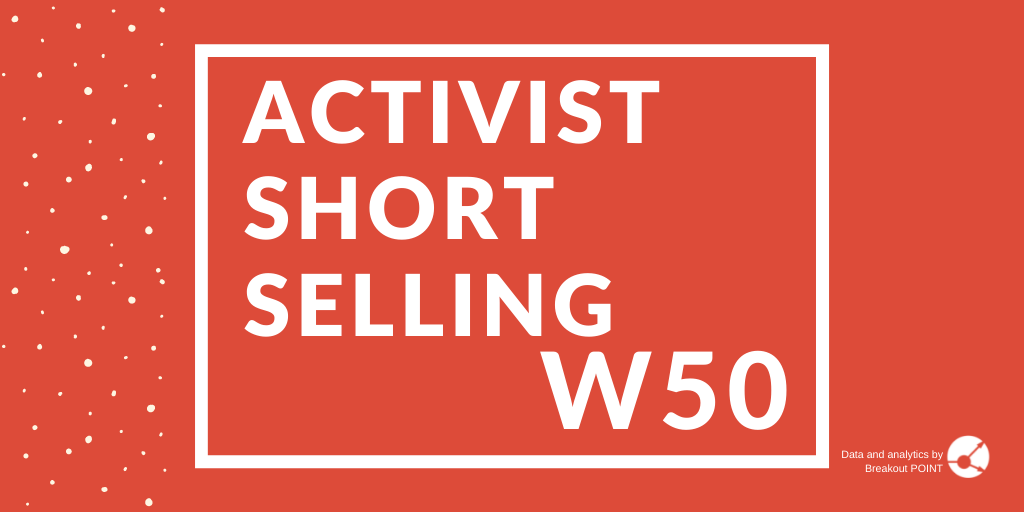 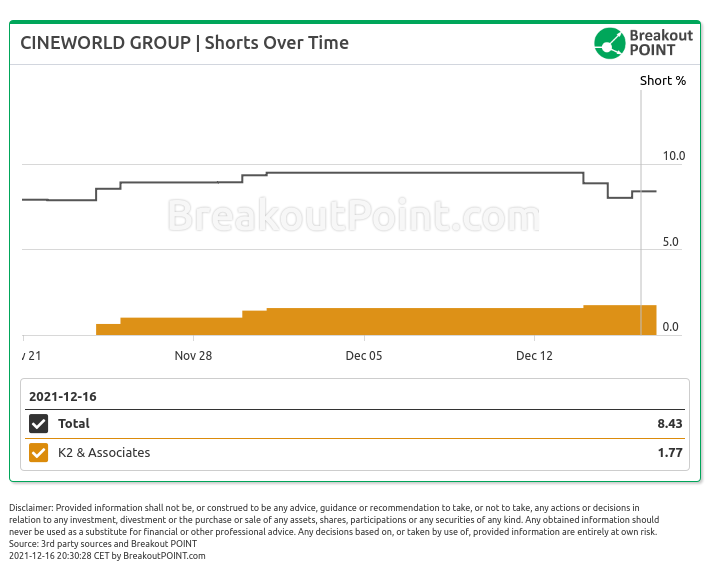 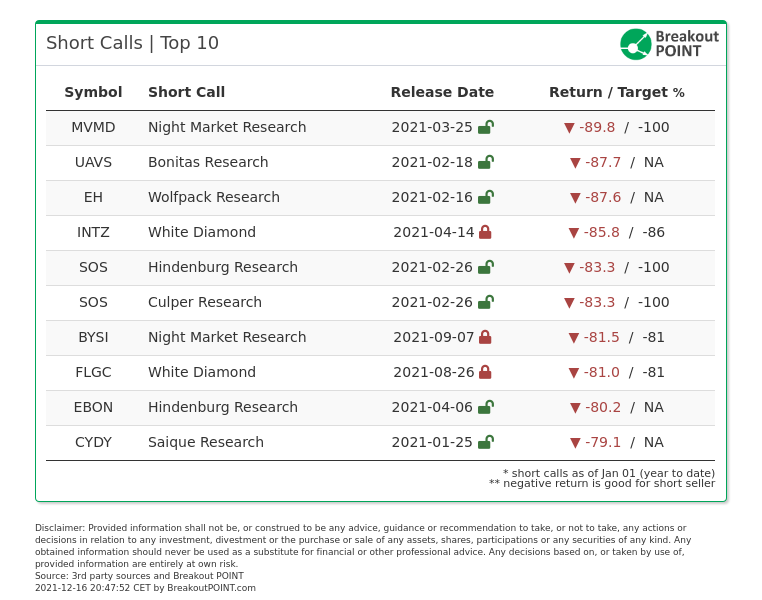 This week's we saw many stocks that moved in the right direction for the short-sellers. Among the biggest movers were the new campaigns by Bonitas and Viceroy which we discuss later in the post. Another big mover was Danimer Scientific (DNMR) which is down 31% in the past five days. Most recently, it was Muddy Waters who focused on  this bioplastics company due to allegations of dubious business model and misleading investors. DNMR was also targeted by Spruce in April this year.

Most importantly, the report believed the company has oversold its dreams to the market. According to Muddy Waters, the company originally purchased its key asset 13 years ago, and since then, they apparently do not seem much closer to scalable commercialization. Muddy points out several key claims made by DNMR (capacity of production, a type of pre-orders etc.) which do not hold up to scrutiny.

The thesis is working out as the company has struggled to persuade investors that it truly has a workable solution, at least for now. The stock is down over 50% since the report. The reason for the decline this week was DNMR's announcement about significantly dilutive financing as the company is trying to raise cash to stay in business.

Another stock that is down is Eqonex (EQOS). The shares have fallen about 21% in the past five days. EQOS was initially targeted by Iceberg Research due to allegations of dubious product and corporate governance red flags.

Most importantly, the report believed the recent pivot of the company is unlikely to generate much shareholder value. As per Iceberg, their cryptocurrency exchange is rated as one of the last out of several hundred in terms of reported volume. According to the activist, it is apparently unlikely that EQOS is able to somehow beat larger and well-funded competitors in an increasingly crowded market.

The company has changed its name since then, but the thesis seemed to have been proven correct. The stock is down 73% since Iceberg wrote about the situation in April of this year. The activist believed the stock is zero. Also, there is not even much chatter on the usual retail chatter.

On the other side of the tracks, only a handful of stocks have moved against short-sellers. One of the most significant surges was seen in Tecnoglass (TGLS) which is up about 30%. This Colombian-based glass company was the newest target of Hindenburg. The activist targeted TGLS due to allegations of undisclosed related-party transactions and fake accounting.

The stock plummeted on the first day of the report but has since somewhat recovered. TGLS is now down 'only' 28%. There were no new developments that would either support or reject the thesis. It seems however that TGLS does have fairly robust support among retail traders who believe the sell-off was overdone and the allegations are old news.

A flurry of new campaigns

This week we saw plenty of activity from activists, especially on Thursday when various outfits released four new reports. With Kerrisdale releasing its Meta Materials short campaign on Tuesday it takes us to five new reports this week.

Perhaps the most impactful campaign was Viceroy's new report targeting a German tech company due to allegations of corporate...