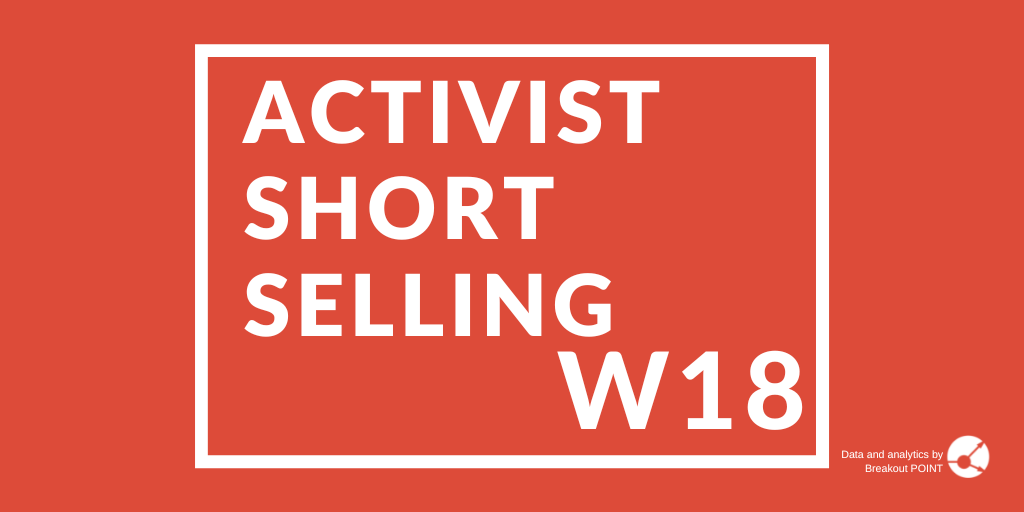 Management continue to lie to stakeholders. @viceroyresearch will continue to correct them. 1/ pic.twitter.com/hshlf5Oe8e 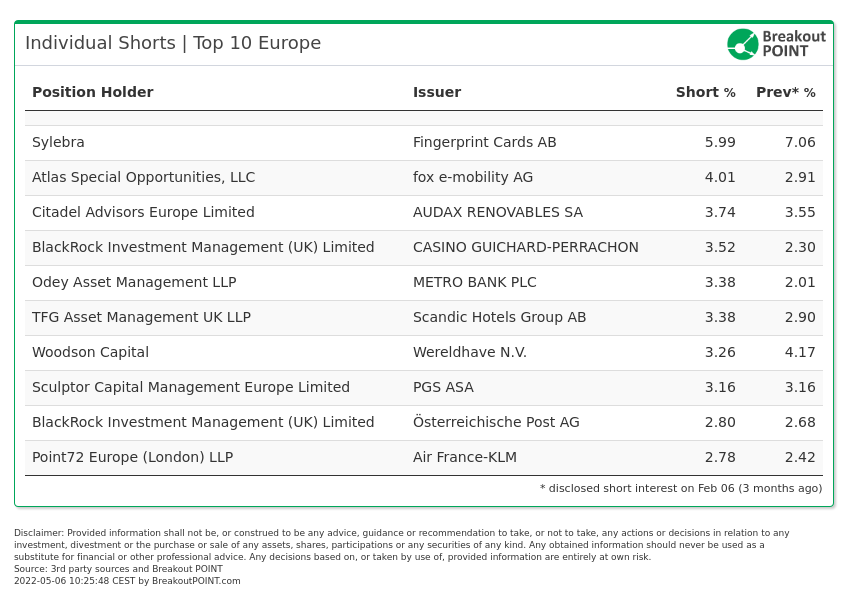 This week we saw several stocks that moved in the right direction for the short-sellers. Among the biggest movers was Tenet Fintech (PKK) which sunk 39% in the past five days. Initially, it was Grizzly who targeted this Canadian-listed China-based fintech company due to classic China Hustle allegations.

Most importantly, the report believed the company does not actually own its latest acquisition. As per the activist, the company said that they have paid $30m for its insurance subsidiary. However, Grizzly alleges the money was actually paid to a completely different entity. This is supposedly not new. In 2019, the company talked about a loan which resulted in a 70% in a brokerage business. According to Grizzly, this is apparently false as well.

Grizzly's thesis is now picking up pace as PKK is down 70% since the initial report. The reason for the latest fall can be traced to the earnings results. PKK showcased growth in revenue but recorded a large loss which meant that some shareholders have thrown in the towel and started selling.

Another large drawdown was seen in Veru (VERU) which dropped 27.8% in the past week. VERU is a new campaign released just this week by Culper Research. Culper targeted this about $900m female condom company due to allegations of poor product and dubious corporate governance.

Most importantly, the report believes VERU's most recent effort to create a COVID-19 drug is unlikely to bring much value. As per the activist, apparently, the trial of the drug has been mismanaged and improperly designed. The released results supposedly do not show the entire story as they have not been released in full. This then makes VERU's application for emergency use authorization unlikely to succeed.

Moreover, VERU allegedly assembled a team with significant red flags. For example, according to Culper, the VERU's CEO apparently presided over the collapse of another biotech which faced constant FDA rebukes and poor design in trials. EVP of Clinical Affairs was supposedly previously sued for allegedly faking the development of a prostate cancer test.

Due to all this, the short-seller sees a significant downside. The market is likely to sell the stock once it becomes clear they can't achieve much with their COVID-19 asset.

Culper faced both bulls and bears. Some investors agreed.

Some said that the allegations do not have much basis in reality.

I disagree with shorts and doubters of $VERU. Been following VERU for 1+ years now. If you listened to the earnings calls and actually read all press releases and data (other than article the pumped that stock) you would know this isn’t fake

On the other side of the tracks, there was some movement against short-sellers. One of the most significant surges was seen in Eqonex (EQOS) which shot up over 18% in the past five days. EQOS is a former and already covered target of Iceberg who wrote about this crypto-related project due to allegations of dubious product and corporate governance red flags.

Most importantly, the report believed the recent pivot of the company is unlikely to generate much shareholder value. Their cryptocurrency exchange is rated as one of the last out of several hundred in terms of reported volume. It is apparently unlikely that EQOS is able to somehow beat larger and well-funded competitors in an increasingly crowded market.

The thesis has worked out as EQOS is down over 80% since the initial report. Iceberg actually announced they have closed their short at the end of April this year due to the following.

We covered $EQOS, mainly to avoid the volatility of what is now a very small market cap. Stock price down 81%.

Another interesting rebound was seen in Arcimoto (FUV) which rose about 21%. Initially, it was Bonitas who targeted this EV-related manufacturer due to allegations of misrepresentation and dubious product quality.

Most importantly, the report believed the company lied about its pre-orders and that key customers of FUV were actually tied to undisclosed related parties to a major shareholder of FUV. This shareholder allegedly used the fake demand to pump the shares and then sell into the rally.

The campaign has been working out as FUV was down over 80%. The stock started to rebound slightly as some on Twitter pointed out how heavily the stock is shorted. This likely prompted interest in the stock due to a potential short-squeeze.

This week we also saw Scorpion Capital release their latest report featuring strong fraud allegations against IonQ (IONQ). The activist targeted this $1.5bn tech company due to allegations of...