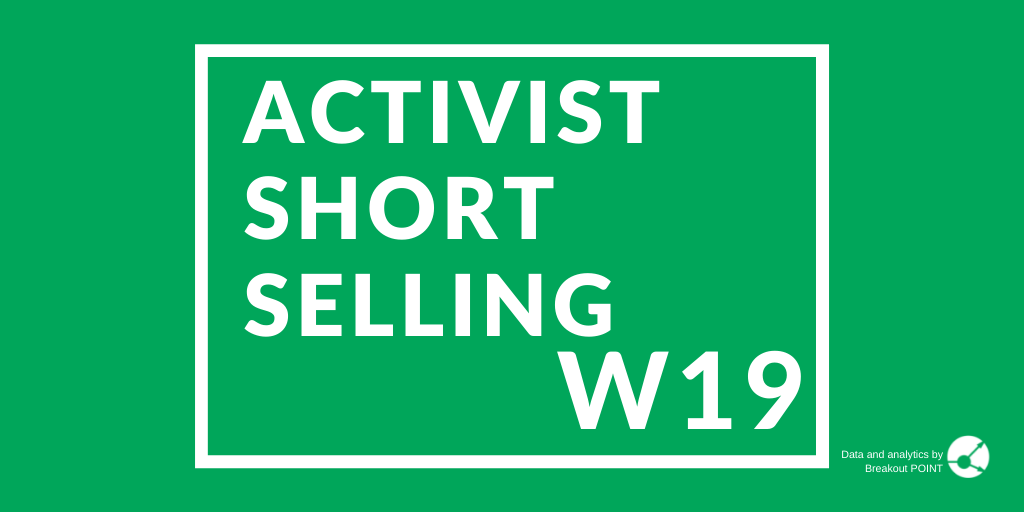 Do traditional “exchanges” keep having this problem? $COINhttps://t.co/zkjAGcn00o

Since @BoatmanCapital first published on @ArgoBlockchain last August the share price has fallen 65%. Our concerns about $ARB remain the same. See our reports here: https://t.co/CIcEJZqHgHpic.twitter.com/JkllSz7JYm

$PTON was the perfect example of an overpromotional CEO, and confirmation bias of wealthy and healthy fund managers. All the stocks down 80%+ from peak, this was most obvious. 15 mos ago JPM put a $200 tgt on $PTON...and they're investigating short sellers?

This week we saw several stocks that moved in the right direction for the short-sellers. Among the biggest movers was View (VIEW) which sunk 58% in the past five days. Initially, it was Jehoshaphat who targeted this technology company due to allegations of a poor business model and weak balance sheet.

Most importantly, the report believed the underlying economic model is not feasible and the company will continue to burn cash. Their smart glass is being sold at a deeply negative gross margin and the company is unable to increase prices.

As per the activist below, their thesis now seems to be entirely correct as the company is struggling to file SEC filings on time and are likely running out of money.

$VIEW doing us the courtesy of running out of money almost exactly by our deadline (we published on June 1, 2021).

Initially, the activist saw a 62% downturn target which they already hit.

Another large drawdown was seen in Amyris (AMRS) which dropped 28% in the past week. This speciality chemicals company was targeted by Western Edge due to allegations of questionable track record and accounting.

Most importantly, the report believed the company has a dubious track record of delivering what the management has touted several times. One lawsuit alleges the company has misrepresented progress with one customer and that customer refused to lie to AMRS auditors. The report also talks about several instances where the company completely missed guidance.

The thesis now seems to be proving correct as the stock is down more than 90% since the initial report. This week, the report got further support from the Q1 results of the company which disappointed the investors and forced them to continue to sell their shares.

On the other side of the tracks, there was several movements against short-sellers. One of the most significant surges was seen in Adapthealth (AHCO) which shot up over 25% in the past five days. Initially, it was Jehoshaphat who targeted this medical supplies company due to allegations of accounting red flags.

Most importantly, the report believed the company is obfuscating its accounts to hide deteriorating organic growth. The company is supposedly taking steps to prevent investors to calculate the figure, but the short-seller was apparently able to do so. Instead of the reported growth of over 6%, Jehoshaphat sees a double-digit decline.

The report was numerically vindicated as the stock hit the downside target of the activist and got down 50%. However, it seems the story might get a new twist as the company managed to surprise investors with an upbeat Q1. They revised their guidance and announced a new buyback program which was positively digested. Jehoshaphat was upbeat about their thesis before Q1 as seen below, but did not react so far to the news.

Aside from maybe a "sleep study" on last year's investors, not much else to do here. pic.twitter.com/Kc2RqHT1BI

This week we also saw Hindenburg release a new report targeting the social media platform which has been in the focus of investors due to an acquisition bid from Elon Musk and his backers. The activist is short Twitter due to allegations of an overvalued take-private deal.

Most importantly, the report believes the deal is likely to be repriced lower on the back of the NASDAQ underperformance and alleged poor fundamentals of the business and economics of the deal. The initial price includes plenty of debt which supposedly might not make sense. Moreover, if the CEO of Tesla walks away, he is likely to sell his stake which might put further downward pressure on the shares.

Due to all this, the short-seller sees a significant downside. The upside risk is limited to just 10% as apparently, it is unlikely the deal would be priced higher. The report draw quite a lot of interest and Elon Musk even replied himself with a relatively innocuous tweet.

Interesting. Don’t forget to look on the bright side of life sometimes!

However, for now Hindenburg seems to be in the right. The stock is down more than 15% since the report and on Friday CEO of Tesla tweeted that Twitter deal is on hold:

It will be interesting to see what the next week will bring.