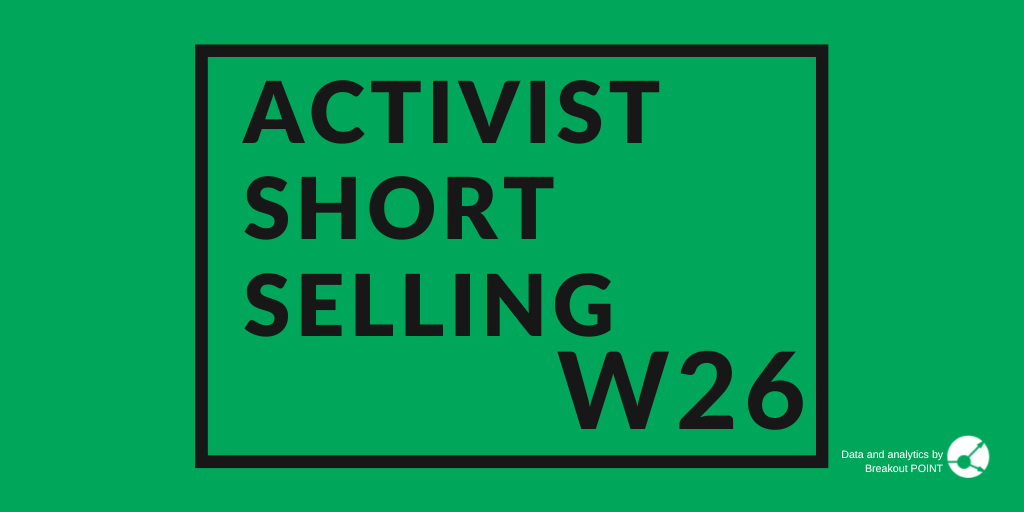 The dispute over @AvzMinerals ownship of its DRC lithium mine drags on into a third month. Shares still suspended. $AVZ only told investors about the problems in May but has known about them since 2021. This appears to be a failure to disclose material information. @ASXpic.twitter.com/NQ8yZMnpWg

SBB confirms previous non-cash entries in cashflow statement, & mild disclosures of acquisitions. Investors can, for the first time, actually analyse the cashflow of $SBB. "Industry standard" rhetoric is finally out the window. 1/3 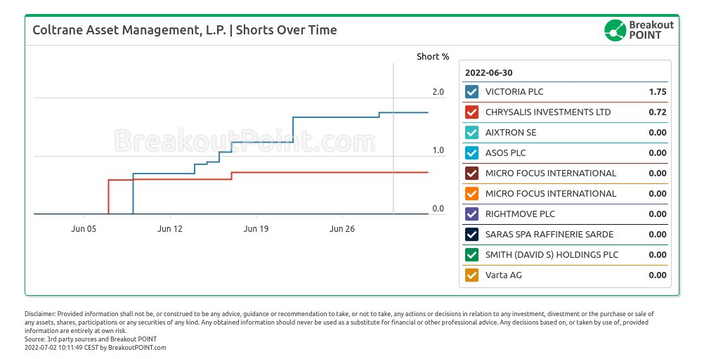 This week we saw several stocks that moved in the right direction for the short-sellers. Among the biggest movers was Enochian Biosciences (ENOB) which dropped 42% in the past week. This biotech was recently targeted by Hindenburg Research due to allegations of dubious management.

Most importantly, the report believed the co-founder and key asset of the company is a fraud and a repeat felon. As per Hindenburg, the co-founder does not seem to have any medical degree despite touting many pre-clinical assets which have been licensed to ENOB from co-founder-controlled entities among other things. Apparently, the co-founder siphoned over $20m from shareholders over the years.

The thesis started to play out and the stock is now down already 63%. There does not seem to be any news that would specifically showcase why the stock continued to drop apart from an article in WSJ that talks about the troubles of the co-founder. Hindenburg eagerly shared the news which is further supporting their own research.

New from the WSJ on $ENOB: Biotech Wizard Left a Trail of Fraud—Prosecutors Allege It Ended in Murderhttps://t.co/bpd11wT01C

Another drop was seen in Core Scientific (CORZ) which went down 28% in the past five days. Initially, it was Culper Research who targeted this hosting and mining company due to allegations of dubious transactions and overvaluation.

Most importantly, the report believed the company went public by buying a bitcoin mining entity that was formed just a few months before CORZ acquired it. As per Culper, the management apparently tried to paint a favourable picture for the price tag, but the entity was initially funded with $58m and then bought for $1.46bn in seven months. This is allegedly dubious and creates significant questions about the transaction.

Unsurprisingly, the stock continues to tank as the crypto market is struggling to rebound. CORZ is down 80% since Culper highlighted the alleged issues. The stock was not even lifted by the news that it is set to join Russell 3000.

On the other side of the tracks, there were several movements against short-sellers. One of the most significant surges was seen in Regencell (RGC) which went up 15% this week. This traditional Chinese medicine company was targeted by Peabody Street Research in February of this year due to allegations of corporate misconduct.

Most importantly, the report believed the company has failed to disclose that its strategic partner is guilty of professional misconduct. According to the activist, this also raises red flags in RGC's effort to further its projects. Their COVID19 venture partnered with a company owned by a hotelier. This apparently raises questions as to the validity of the research being done.

Since the report, the stock is trading sideways and is almost flat in terms of performance. Thus, it seems the thesis might not be getting into the market easily. The retail chatter is present, but most people talk about RGC as a short-squeeze candidate.

EVs are on the chopping block again

This week we also saw three new campaigns. All of them targeted businesses focused on the booming EV industry. First, we saw a bombshell of a report by Grizzly Research who set their sights on Nio (NIO), a Chinese EV darling. Grizzly targeted this $41bn Chinese EV manufacturer due to allegations of accounting fraud.

Most importantly, the report believes the company is using a seemingly unrelated entity to juice up their revenue and net income numbers. The entity is allegedly allowing NIO to pull forward its battery revenue which is normally sold under a 7-year subscription. The entity is also supposedly oversupplied with NIO's batteries which could lead to further revenue inflation at the NIO level. Grizzly estimates the entity could represent 60% of the earnings beat last quarter. Curiously, since NIO disclosed this entity, the company was always able to handsomely beat estimates.

In an apparent violation of these “Users” trust, Li pledged these shares to UBS to secure a personal loan. With $NIO stock declining 50+% since the pledge, we believe shareholders are unknowingly exposed to the risk of a margin call against the Users Trust shares.

Moreover, there are also clear red flags when it comes to management. The battery entity has two top executives which are apparently employed by NIO as a Vice-President and Battery Operating Executive Manager. This could present a clear conflict of interest. The CEO of NIO is also a red flag due to its alleged connection to the people behind the Luckin' Coffee fraud and his actions where he pledged shares in NIO as collateral for a personal loan.

Yes, you read that right, the Chinese government invested ~$1bn in 2020 in $NIO China and already was paid back ~$2bn and is owed another ~$6bn. Ask yourself who is getting the short end of the stick.

The report drew a lot of interest from the market. The stock did not budge, but the company saw the need to issue a boilerplate response denying all the allegations. Several other market participants joined the company's side as per below.

We also saw one well-known long/short analyst publish his critical thoughts about Grizzly's work behind the paywall.

The other two campaigns were aimed at smaller targets. We saw Fuzzy Panda, an activist who already has several successful EV campaigns behind them, target EVgo (EVGO). Fuzzy targeted this $1.7bn EV Charging company due to allegations of a broken business model.