More than €14b in EU Shorts by Bridgewater 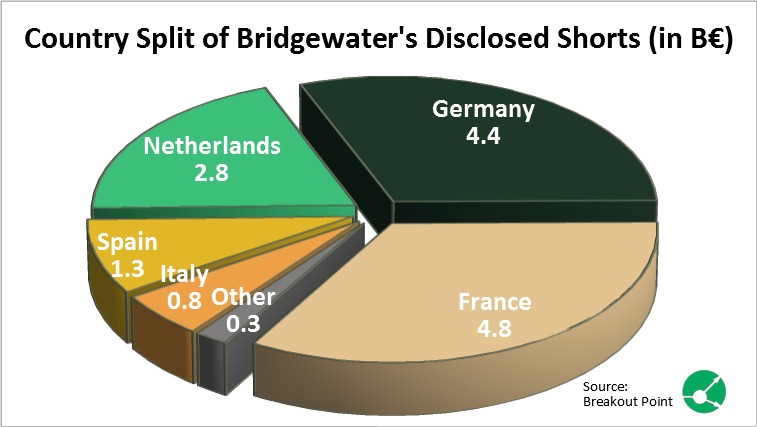 This week Bridgewater disclosed big shorts in 43 European firms, mainly betting against major companies in France, Germany, Netherlands, Spain and Italy. We estimated that, as of Friday's close and as of currently available data, more than €14b have been accumulated across these short positions. Media reported that Bridgewater’s Pure Alpha Fund II plunged roughly 20% this year.*

Bridgewater back with Big EU Shorts

As of Friday's close, we estimated more than €14b of worth in these short bets. According to our calculations, seven of these big shorts have an estimated value of more than €500m, with the largest two closely approaching €1b mark: 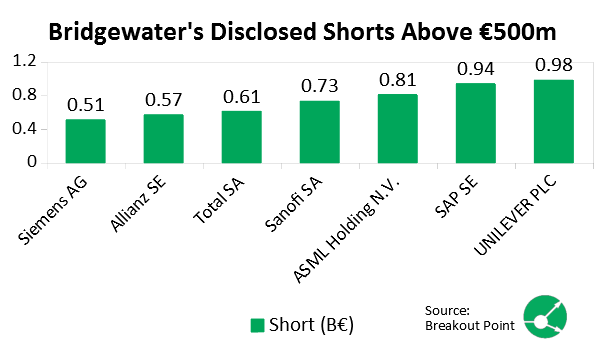 New short positions by the world's largest hedge fund started springing up like mushrooms after the rain on Tuesday 10th of March. Already on that day we noted 37 new short positions that were taken on Monday in worth of more than €10.5b. Our rough estimate is that Bridgewater is up more than €1.2b only on these Monday's disclosure. This is without taking into account numerous subsequent short position increase that were coming in throughout the week. 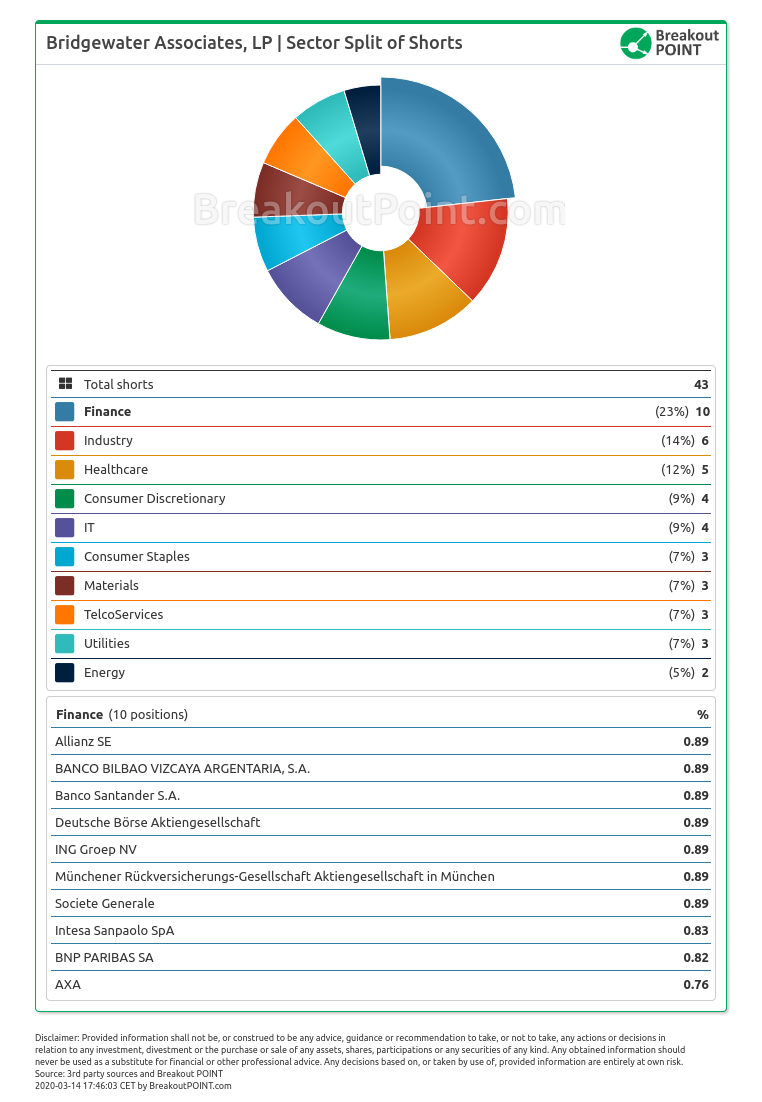 It is unknown to us to which extent these disclosures may be an outright short bet, and to which extent a hedge against certain exposure. But these media articles, focusing on the recent performance, seem to shed more than enough of light on that:

As reported by FT, Bridgewater's Pure Alpha and the more leverage fund, Pure Alpha II, declined 5.5% and more than 8%, respectively, in the first two months of 2020. Also, according to media, Pure Alpha Fund II declined further and is supposedly down about 20% through this past Thursday.

The only other occurrence of a short-selling of this magnitude by a single money manager, we are aware of, has also been by Bridgewater back in 2018.

What about 2018 shorts by Bridgewater?

In Q1-2018, Bridgewater disclosed more than 50 EU short positions (in Italy, Spain, Germany, France, Netherlands, UK,...), receiving a lot of media attention. For example, only in Germany 14 such shorts appeared. However, the last of these short positions were cut under 0.5% of issued share capital in July. According to our records, with exception of a short in Finland-based steel company, Outokumpu, Bridgewater did not hold significant European shorts until now.